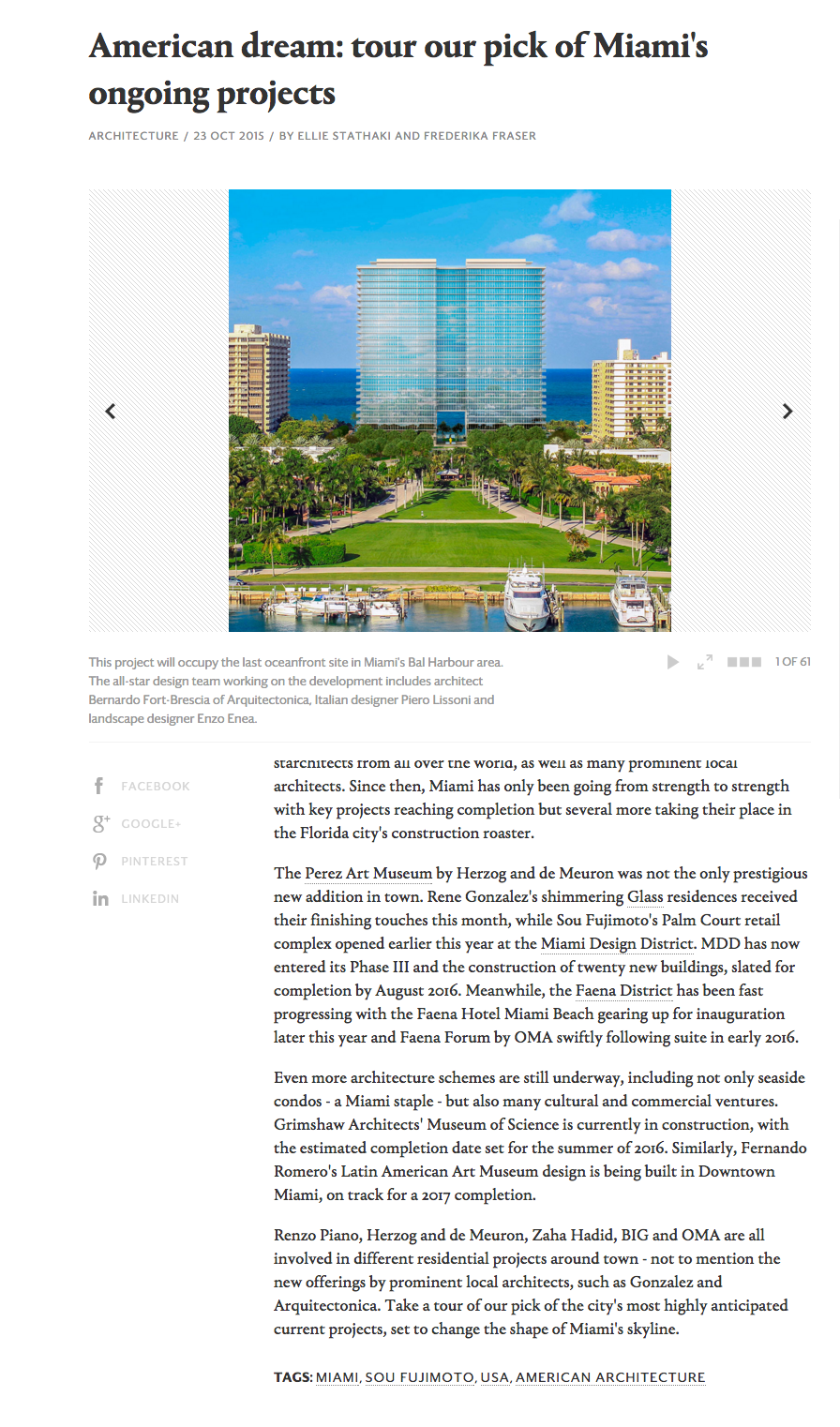 In our last Miami survey we unveiled a booming city, effortlessly combining brand new world-class architecture with art and culture, attracting starchitects from all over the world, as well as many prominent local architects. Since then, Miami has only been going from strength to strength with key projects reaching completion but several more taking their place in the Florida city’s construction roaster.

The Perez Art Museum by Herzog and de Meuron was not the only prestigious new addition in town. Rene Gonzalez’s shimmering Glass residences received their finishing touches this month, while Sou Fujimoto’s Palm Court retail complex opened earlier this year at the Miami Design District. MDD has now entered its Phase III and the construction of twenty new buildings, slated for completion by August 2016. Meanwhile, the Faena District has been fast progressing with the Faena Hotel Miami Beach gearing up for inauguration later this year and Faena Forum by OMA swiftly following suite in early 2016.

Even more architecture schemes are still underway, including not only seaside condos – a Miami staple – but also many cultural and commercial ventures. Grimshaw Architects’ Museum of Science is currently in construction, with the estimated completion date set for the summer of 2016. Similarly, Fernando Romero’s Latin American Art Museum design is being built in Downtown Miami, on track for a 2017 completion.

Renzo Piano, Herzog and de Meuron, Zaha Hadid, BIG and OMA are all involved in different residential projects around town – not to mention the new offerings by prominent local architects, such as Gonzalez and Arquitectonica. Take a tour of our pick of the city’s most highly anticipated current projects, set to change the shape of Miami’s skyline.