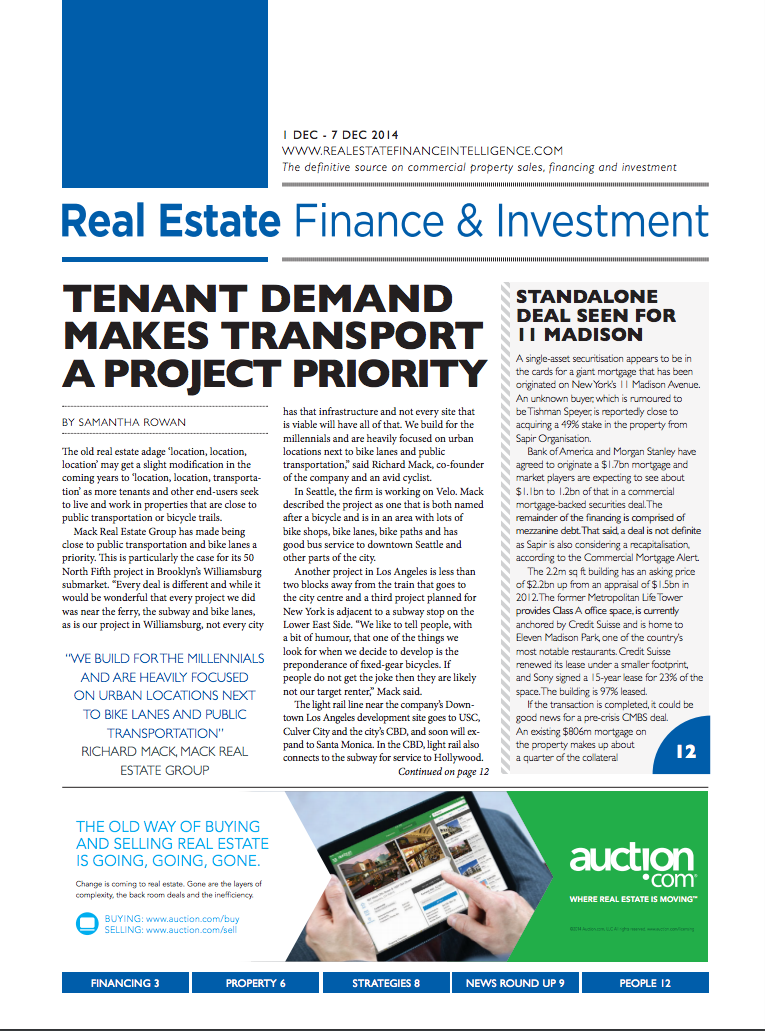 Despite significant growth in condo inventory in the Miami condo market, game players expect to see a strong winter buying season with October’s numbers exceeding what was seen during the same period in 2013.

October’s condo sales grew 6.5% from October 2013, and condo prices increased as wee, marking the 40th month of growth in the last 41 months, according to Miami Association of Realtors. The increase in inventory is due to the preconstruction sector and current condo owners pushing their units onto the resale market in preparation for this buying season. Strong local and international demand keeps marketing players confident that the market not only is in a healthy place now but will continue to be.

“In this wave of the cycle, developers seem to be a lot more conservative. Basically, you won’t receive financing as a developer until you reach a certain level of presale,” said Ophir Sternberg, founding partner and CEO of Lionheart Capital in Miami.

The pre-crisis Miami market was characterized by speculators who were looking to quickly flip properties, and the over flux of inventory led to a significant decrease in pricing. “The model has changed and has been enforced by the lenders, “said Albert Lopez, the Southeast managing partner in BDO’s Assurance Services. “In the model you see now, by the time you go to contract, buyers put down 50% of the purchase price.” With buyers helping allocate capital, banks are providing 50% or less in construction financing, and private equity groups are becoming more involved, said Lopez.

“In the last three months there’s been a decrease in closings, and that’s because you see pricing going up. Or maybe Miami is not as attractive as a year ago, but there’s still a lot of demand,” explained Lopez. “Our market is a little bit different than the rest of the United States… the rest of the cities depend on local economic growth, job opportunities, job growth, where in South Florida we have the local economy, but we also have foreign investors.”

In closed sales, all-cash transactions in Miami-Dade Country decreased from 61.7% in October 2013 to 55.8% in October 2014. Nonetheless, the number is double the rational 27% and 90% of foreign buyers in Florida purchase properties in all cash.

“You’re not dealing with the same type of buyers you were prior to the last crash because they’re over-leveraging the debt,” said Jason Halpern, founder of JMH Development.
The buyer profile not only includes the obvious younger working professionals more interested in city living and snowbirds, explained Lopez. “You have also have baby boomers, who, as they retire, are looking to sell their homes and are looking for condo living. It’s safer and provides less maintenance.”

Foreign buyers also occupy a larger percentage of condo-owners, typically as their second homes, but it doesn’t always stay that way.” For example, because of the political issue going on in Venezuela, buyers who purchased second homes in Miami are now living there. Their second home has become their first home.”

Sternberg, who works in the ultra-high end segment of the market and is currently working on The Ritz-Carlton Residences, Miami Beach, describes a different buyer. “Besides having better weather, Miami has become a world-class city with great restaurants, great tax benefits, and the fact that there is no state income tax has drawn in a lot of hedge fund managers, “ he said. “Heavier on amenities and service-that’s what the buyers want.”

Although the demand is consistent, other challenges characterize the Miami market, especially in Miami Beach. “With South Beach specifically there’s somewhat of a natural balance of supply and demand because of the geographic limitations. You only have so many prime locations that are available and typically you’re dealing with historic structures. Often, this makes it challenging to find a large-scale development. What we’ve been successful with is historic redevelopment,” said Halpern. “We’ve had a great amount of interest. We’re getting loans. We’re buying good assets, good locations… basically trophy assets with strong market fundamentals.”