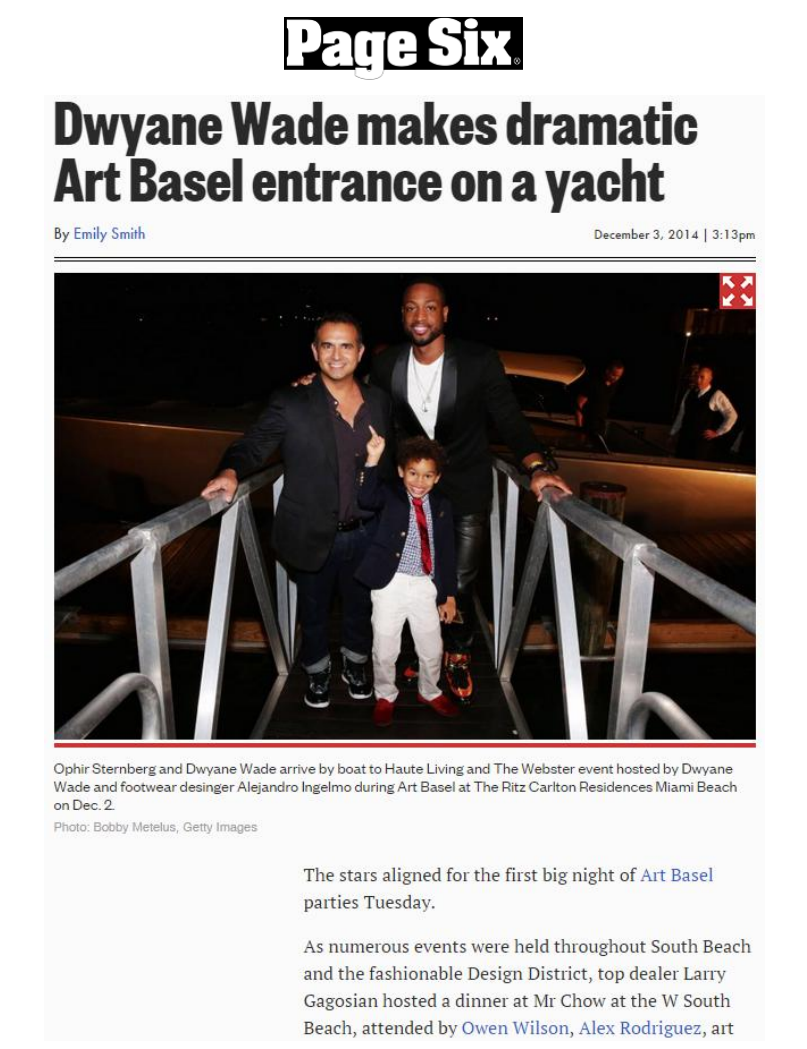 The stars aligned for the first big night of Art Basel parties Tuesday.

Meanwhile, the Miami Heat’s Dwyane Wade hosted the Haute Living and The Webster party to celebrate the launch of his sneaker collaboration with designers Alejandro Ingelmo and Li-Ning. Wade made a dramatic entrance with Ingelmo on a yacht, then mingled with a crowd that included heavyweight champion Lennox Lewis, the Heat’s Udonis Haslem, DJ Khaled, Jonathan Cheban, and the project’s architect, Italian designer Piero Lissoni.

The night ended at Wall nightclub for celeb favorite artist Mr Brainwash’s party. Leonardo DiCaprio held court with his close pals Tobey Maguire and Lucas Haas, Hilton was spotted in the DJ booth preparing for her headline set at Wall on Friday, A Rod popped Champagne with friends, and Zoe Kravitz chatted with Joe Jonas, while Brandon Davis, Arquette, and the newly slim rapper Rick Ross were all spotted.