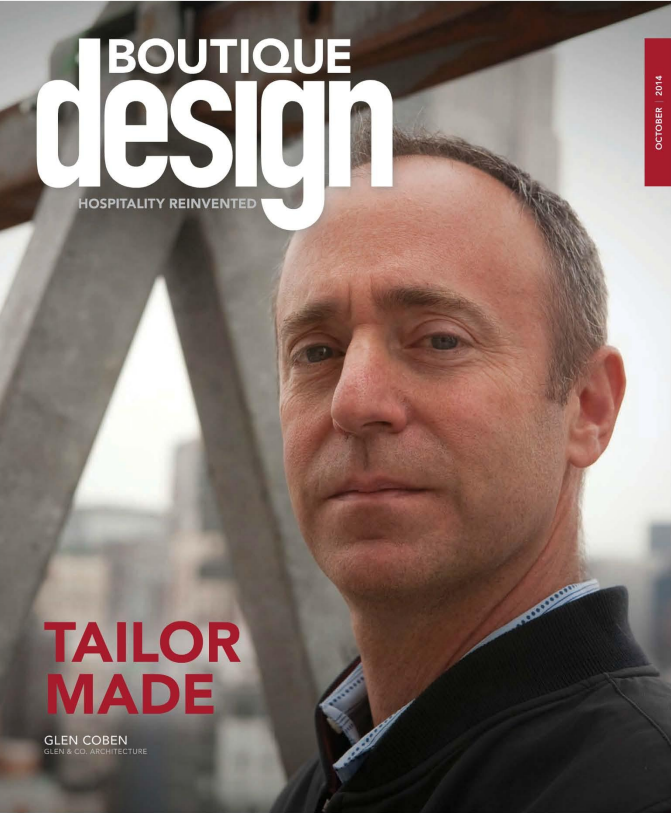 After a great recession-induced hiatus, branded residences are back on the radar screens of developers, operators and buyers. Want proof? Look no further than what Starwood Capital’s Barry Sternlicht is up to.

Sternlicht has lots of company in creating such projects, and hospitality consultants HVS offers some compelling reasons why in its recent report, “The Increasing Importance of Branded Residences.” First and foremost, the study notes, such developments cater directly to high-end travelers’ demand for personalization, privacy and pampering.

And because branded residences are usually a mixed-use development that includes a sister hotel, residents benefit from access to all of the hotel’s services, facilities and amenities, point out HVS director Arlett Oehmichen and consultant/valuation analyst Lucy Payne. But residences of such complexes can experience all that at a comfortable arm’s length, siloed away from the busy-ness of the hotel and the transient feel of a guest room.

These hybrid second homes offer yet another major advantage, say Oehmichen and Payne: knowing that the property will be well cared for even when the owners aren’t there. And on the financial side of the equation, they note that branded residences are “a relatively safe investment, given that they are a tangible asset and are often associated with a known brand. Additionally, such investors are attracted by the design and high-quality services associated with the concept.”

Ah, yes: Design is indeed playing a major role in making such residences attractive to the high rollers who buy them. For Sternlicht, that translated into the hiring of high-profile designers to create the interiors of the two branded residence projects he’s currently working on.

The first, the residential portion of Starwood Capital’s first-ever Baccarat Hotel, is one of the hotly anticipated opening in New York. That property, which Sternlicht’s company developed with Tribeca Associates, bears the name of the French glassmaker that Starwood Capital acquired in 2005.

Housed in the upper floors of a new, 50-story tower at 5th and 53rd Street that was created by architect Skidmore, Owings and Merrill, the interiors of the 60 residences – which buyers began moving into this fall – were designed by Tony Ingrao, best known for his residential work for such high-profile clients as Jack and Suzy Welch and Howard and Beth Stern. (The hotel part of the Baccarat tower, meantime, is slated to open in December, and will feature interiors by Paris-based Gilles & Boissier.)

In addition to his design chops, Ingrao says he brought two further attributes to the table for the Baccarat commission: a lifelong admiration for the brand (when he was young, “a special occasion was marked when my parents brought out their Baccarat crystal,” he says) and a fondness for all things French, stemming from 15 years living in that country.
He translated those passions into a lavish materials palette for the Baccarat Residences that starts at the residences-only entry lobby, which included a reception desk made of pleated, back-lit white onyx, and an elevator foyer with textured bronze panels. As for the apartments themselves, they feature a ziricote wood-paneled entryway accented by a custom-made door handle with a Baccarat crystal inlay, white oak flooring, marble-clad bathrooms and SieMatic kitchens dressed up with polished granite slab countertops and top-of-the-line appliances by such brands as Miele and Sub-Zero.

While the Baccarat complex in New York bears one of the world’s oldest brands (Sternlicht timed the opening of the residences and the hotel to coincide with the 250th anniversary of Baccarat’s founding), the other hotel/residence complex he’s working on is one of the first representatives of an all-new brand: 1 Hotel and Homes South Beach.
For that destination, which is slated to open early next year, Sternlicht and development partner LeFrak brought in Brazilian interior designer and architect Debora Aguilar to create the residences. (The hotel portion of the project will feature interiors by Meyer Davis Studio Inc.) Aguiar’s commission, Sternlicht says, is to create “a nature-inspired aesthetic and atmosphere” for the 156 residences by utilizing what he describes as “beautiful stone, textured woods and organic ingredients that were harvested and selected in an eco-friendly manner.”

As mentioned, Sternlicht is far from alone in creating branded-residences. Another noteworthy example set to open next year is a stand-alone Ritz-Carlton Residences complex in Miami Beach. That project, by developer Lionheart Capital, will be home to 111 condominium residences and 15 villas on the shores of Lake Surprise. Its interiors are being created by Italian architect Piero Lissoni, in conjunction with Miami-based architecture firm ADD Inc.

The Ritz-Carlton project is the first full-scale architectural commission in the U.S. for Lissoni and his Milan-based firm, Lissoni Associati, whose credits include creating the Conservatorium hotel in Amsterdam and the Bentley Design Hotel in Istanbul. At the Ritz-Carlton complex, Lissoni says he sought to deliver “a special cloud of tranquility, security and beauty” by visually expanding the residences with open floor plans and floor-to-ceiling glass windows. “The residences have clean lines and seamless horizons, both inside and out,” he says.

Lionheart Capital CEO Ophir Sternberg believes Lissoni’s designs will give the Ritz-Carlton Residences a leg up in a red-hot real estate market. “The fusion of Piero Lissoni’s modernist vision with the unrivaled service and legacy of The Ritz-Carlton is a rare offering, unmatched in South Florida,” says Sternberg. “Lissoni’s modern and artistic design will create a development that will change the Miami Beach skyline and how we look at luxury living.”

If the demand for complexes such as The Ritz-Carlton Residences keeps growing as expected, look for designers to continue raising the bar in creating one-of-a-kind destinations that appeal to the discerning buyers of such properties.