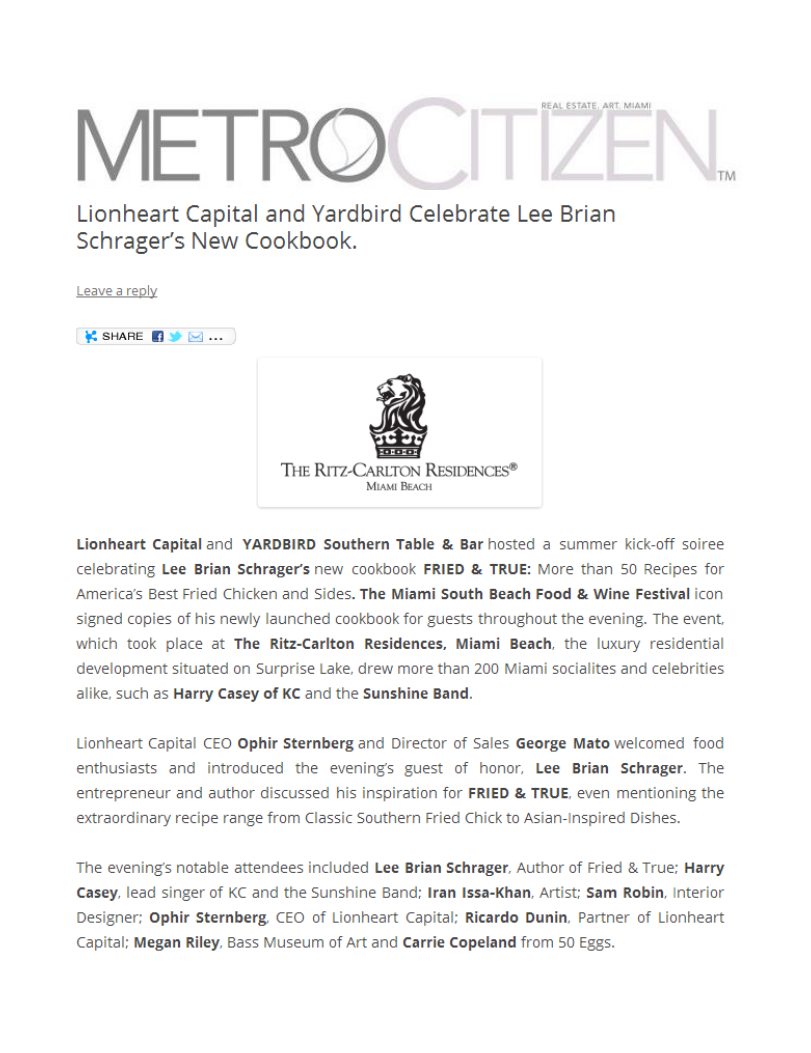 Guests mingled and munched on YARDBIRD’s signature Shrimp & Grits, Mama’s Chicken Biscuits and scrumptious Bacon-Butterscotch Cake, to name a few. Guests toured the modernist-designed sales gallery, which features a high-tech media wall, including holograms, an interactive presentation, and dioramas of the project as well as a screening room which features a short film about The Residences by Italian architect Piero Lissoni. The evening concluded with one-on-one meet and greets with Schrager, during which guests received a personalized cookbook.