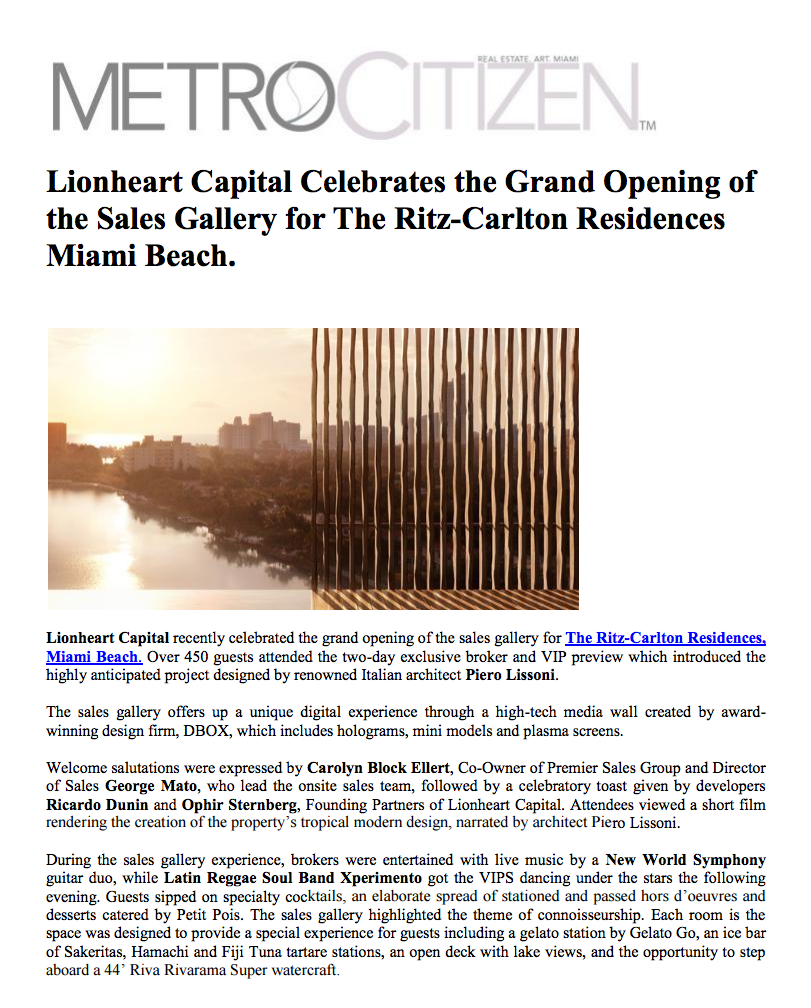 LIONHEART CAPITAL CELEBRATES THE GRAND OPENING OF THE SALES GALLERY FOR THE RITZ-CARLTON RESIDENCES, MIAMI BEACH

During the sales gallery experience, brokers were entertained with live music by a New World Symphony guitar duo, while Latin Reggae Soul Band Xperimento got the VIPS dancing under the stars the following evening. Guests sipped on specialty cocktails, an elaborate spread of stationed and passed hors d’oeuvres and desserts catered by Petit Pois. The sales gallery highlighted the theme of connoisseurship. Each room is the space was designed to provide a special experience for guests including a gelato station by Gelato Go, an ice bar of Sakeritas, Hamachi and Fiji Tuna tartare stations, an open deck with lake views, and the opportunity to step aboard a 44’ Riva Rivarama Super watercraft.

The Residences are priced from $2 million to over $25 million and are scheduled to be completed in 2015.