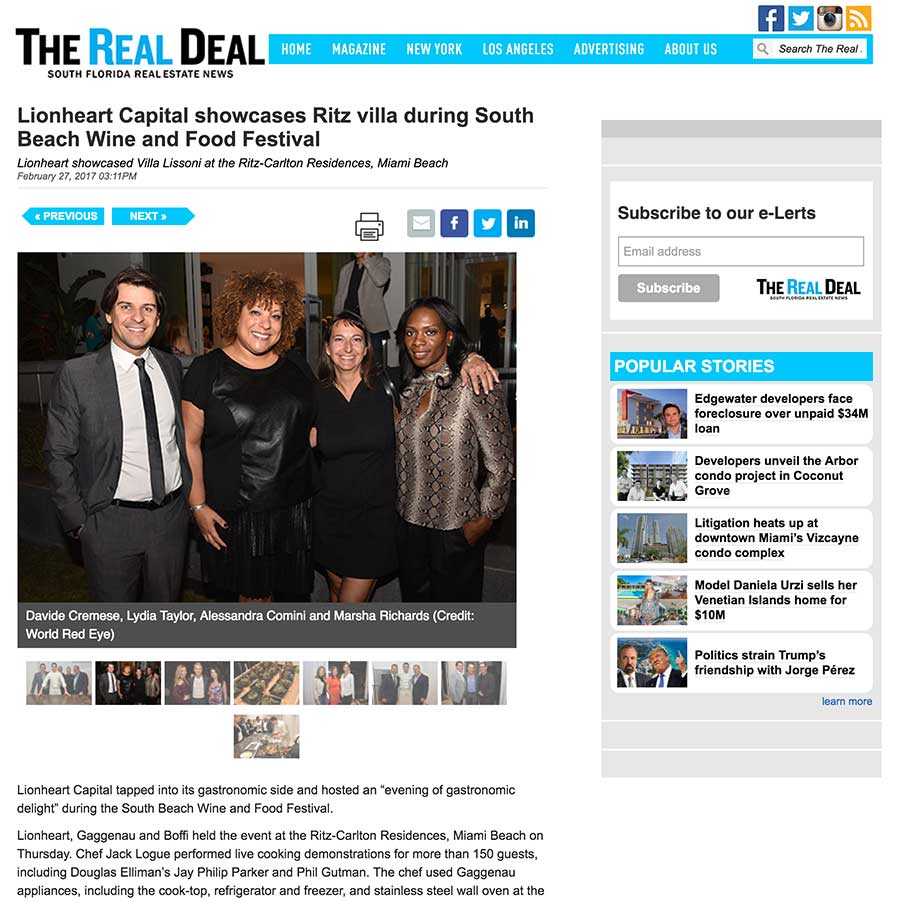 Lionheart Capital tapped into its gastronomic side and hosted an “evening of gastronomic delight” during the South Beach Wine and Food Festival. 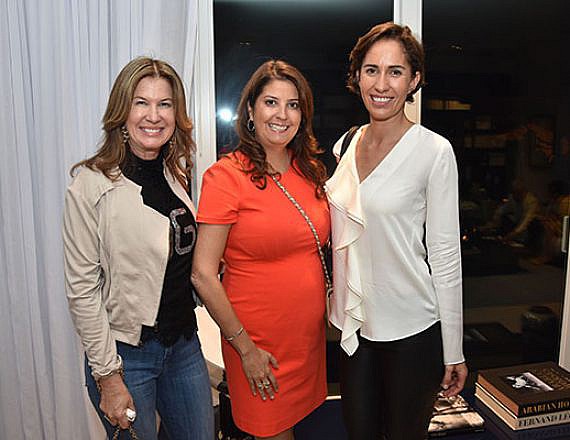 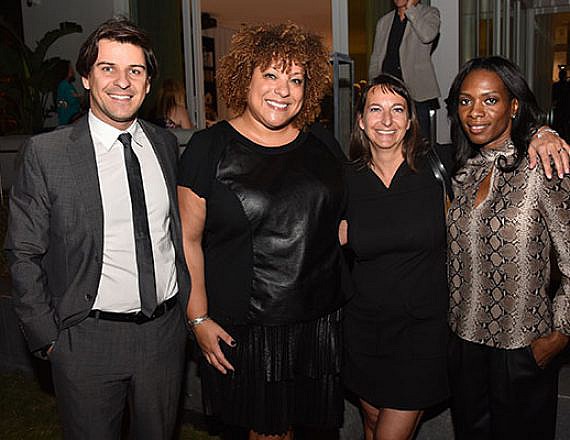 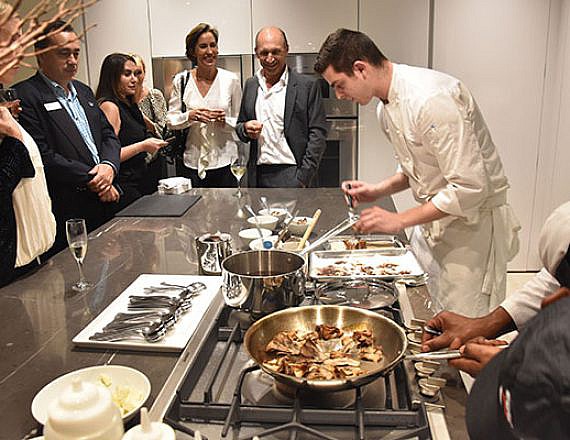 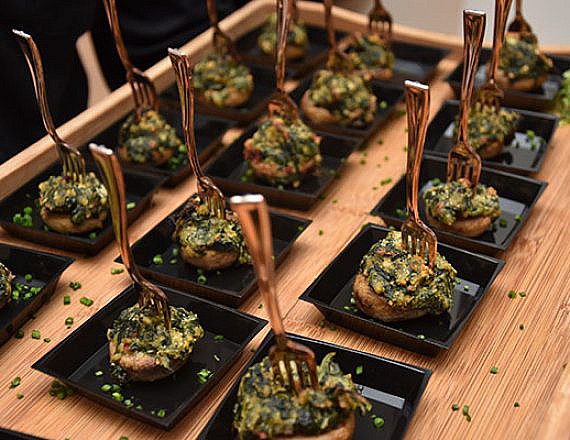 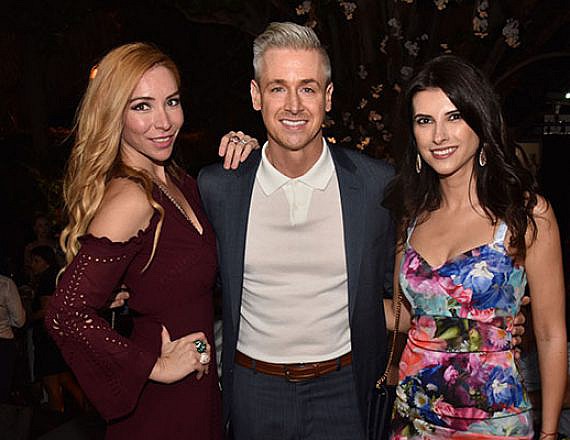 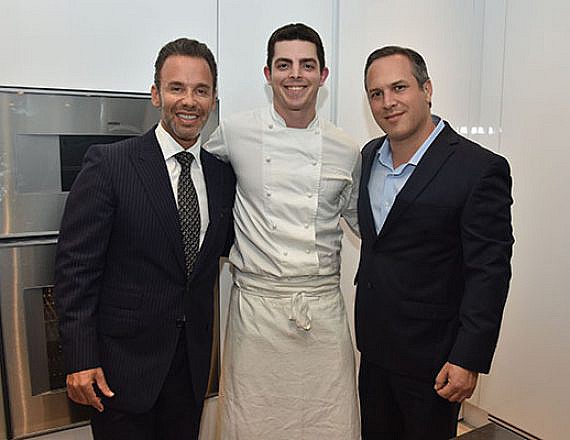 Piero Lissoni, the Italian architect of the Ritz-branded development, unveiled the 3,800-square-foot villa in November. It’s one of 15 standalone homes planned for the development now under construction in Mid-Beach. Each villa is priced from $4 million to $7 million, including eight that will be along a canal and seven that will be on the street.

The residences, set to open this year, include 111 condo units. Lionheart Capital brought on Douglas Elliman in the summer to take over sales and marketing. Overall, prices range from $2 million to $40 million.