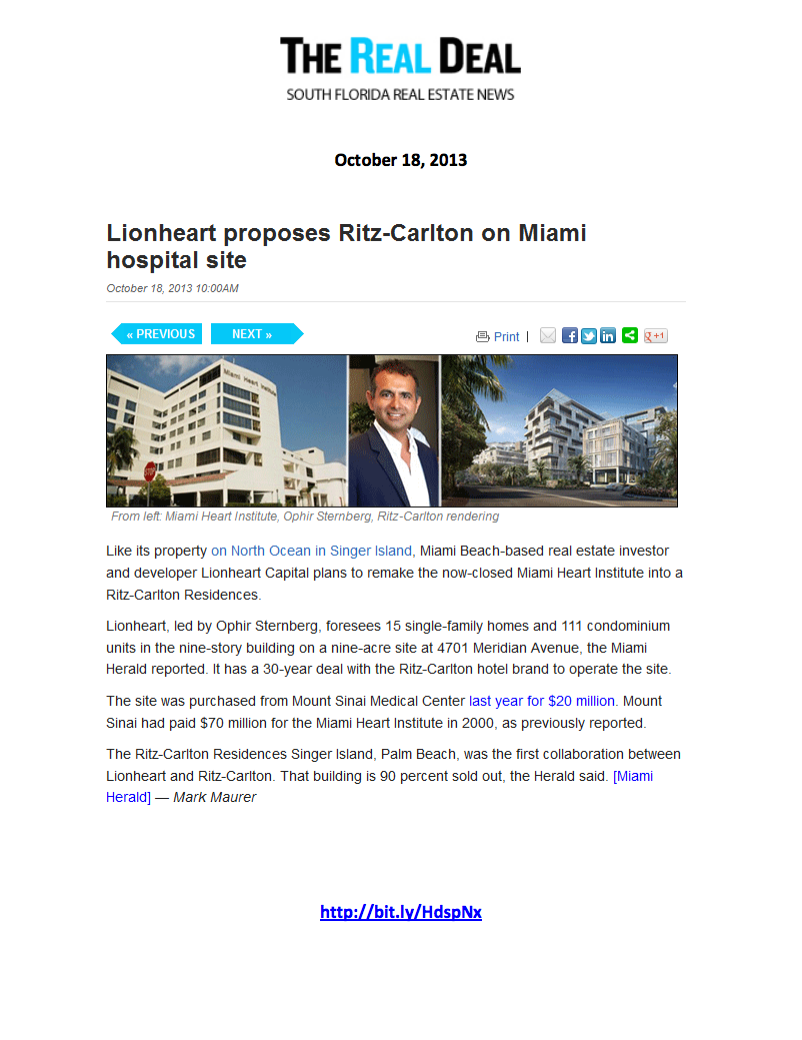 Like its property on North Ocean in Singer Island, Miami Beach-based real estate investor and developer Lionheart Capital plans to remake the now-closed Miami Heart Institute into a Ritz-Carlton Residences.

Lionheart, led by Ophir Sternberg, foresees 15 single-family homes and 111 condominium units in the nine-story building on a nine-acre site at 4701 Meridian Avenue, the Miami Herald reported. It has a 30-year deal with the Ritz-Carlton hotel brand to operate the site.

The site was purchased from Mount Sinai Medical Center last year for $20 million. Mount Sinai had paid $70 million for the Miami Heart Institute in 2000, as previously reported.

The Ritz-Carlton Residences Singer Island, Palm Beach, was the first collaboration between Lionheart and Ritz-Carlton. That building is 90 percent sold out, the Herald said. [Miami Herald] — Mark Maurer