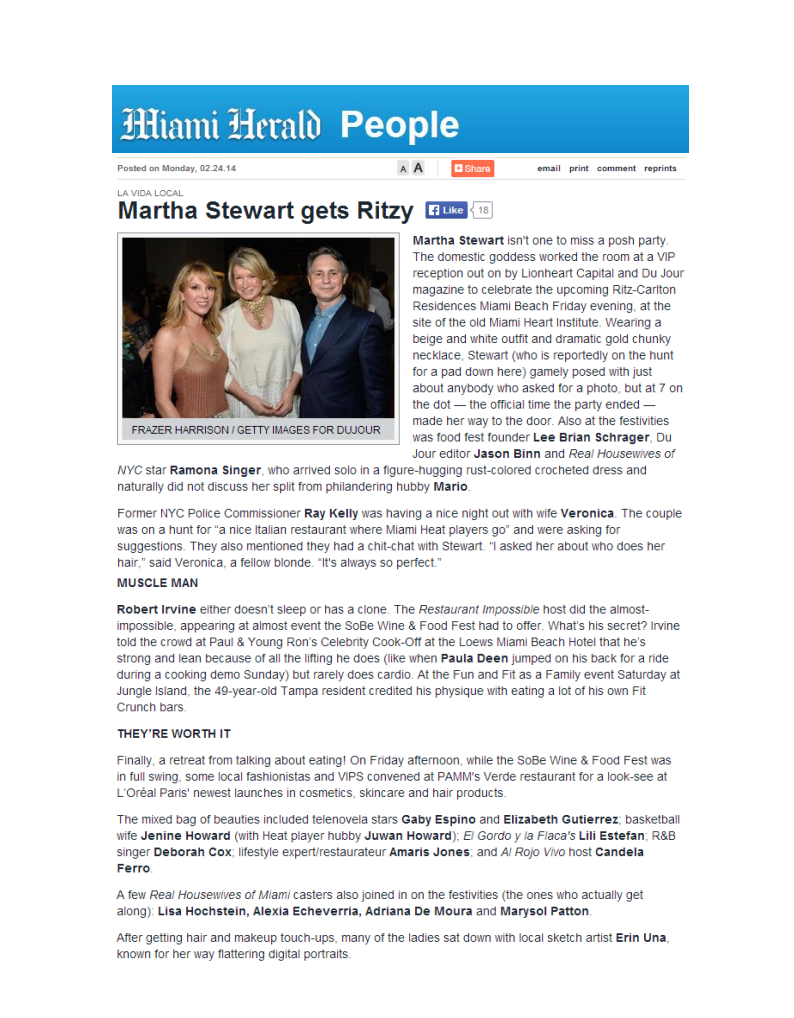 Martha Stewart isn’t one to miss a posh party. The domestic goddess worked the room at a VIP reception put on by Lionheart Capital and Du Jour magazine to celebrate the upcoming Ritz-Carlton Residences Miami Beach Friday evening, at the site of the old Miami Heart Institute. Wearing a beige and white outfit and dramatic gold chunky necklace, Stewart (who is reportedly on the hunt for a pad down here) gamely posed with just about anybody who asked for a photo, but at 7 on the dot — the official time the party ended — made her way to the door. Also at the festivities was food fest founder Lee Brian Schrager, Du Jour editor Jason Binn and Real Housewives of NYC star Ramona Singer, who arrived solo in a figure-hugging rust-colored crocheted dress and naturally did not discuss her split from philandering hubby Mario.

Former NYC Police Commissioner Ray Kelly was having a nice night out with wife Veronica. The couple was on a hunt for “a nice Italian restaurant where Miami Heat players go” and were asking for suggestions. They also mentioned they had a chit-chat with Stewart. “I asked her about who does her hair,” said Veronica, a fellow blonde. “It’s always so perfect.”