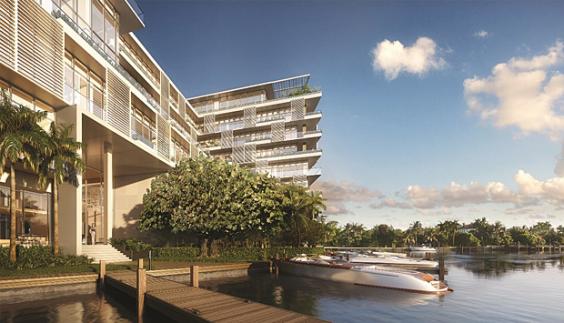 Florida’s sunshine capital, Miami, has been steadily winning the hearts of second-home hunters. Europeans love its burgeoning cultural and design scene, South Americans love the security and stability of a US dollar investment and everyone loves the sassy party vibe, winter sunshine and golden beaches.

The British have certainly arrived. Every day, 10 flights cross the Atlantic from London to Miami and from next month, BA will fly the world’s largest passenger plane — the A380 — on the route. Meanwhile, some of our big-beast architects, including Norman Foster, John Pawson and Zaha Hadid, have joined other international designers putting their stamp on the city by the sea.

So despite a strong US dollar making property more expensive for Europeans, British buyers have been coming “in their droves” over the past year, according to Harvey Daniels, of One Sotheby’s International Realty.

“Miami is a key target for buyers looking for a second home for both business and lifestyle and currently has more than 80 luxury condo towers under construction,” says Daniels.

Prime Miami Beach
Sotheby’s has several new-build projects attracting European attention. L’Atelier will be an 18-storey tower, with 120 feet of sandy oceanfront on Miami Beach. The 20 three- to six-bedroom homes scheduled for completion in 2017, with interiors by US designer Holly Hunt, start from £2.59 million. Residents will share numerous pools, gardens, spa and — a must-have in the capital of the body beautiful — a state-of-the-art gym.

Also on Miami Beach, but in a quiet, affluent residential area facing a lake and with sea access, the Ritz-Carlton Residences are nearing completion. The 111 one- to five-bedroom condominium homes and 15 villas designed by Italian Piero Lissoni are 60 per cent sold to overseas buyers. Those remaining start at £1.29 million.

Miami’s high-end apartment market begins at £475,000, says Daniels. The completed residences at W South Beach, a prime beachfront location, have studio to three-bedroom apartments priced from £645,000, but generally, to find entry-level property, it is best to move away from high-voltage Miami Beach.
Among the high-rises around downtown Miami, the Brickell City Centre development has 780 newly completed one- to five-bedroom apartments and penthouses, priced from £386,100. There will be a communal pool and gardens and a Saks department store in the integrated retail space below.

Head north from Miami Beach to Bal Harbour, home to some of the priciest retail space in the United States, where Lissoni is also transforming the former Bal Harbour Club into 240 one- to four-bedroom apartments at Oceana. The building will have views over Biscayne Bay and the Atlantic and features two original Jeff Koons sculptures. Prices start from £1,168,000 through Sotheby’s.

Nearby, American architect and Pritzker Architecture Prize-winner Richard Meier is working on The Surf Club, 127 apartments in eight acres of beachfront land, with a 77-room Four Seasons Hotel due to open next year. From the Thirties, this was one of Miami’s most prestigious beach clubs, hosting Frank Sinatra and Sir Winston Churchill, and will be reborn with a spa, pools, restaurants and Four Seasons’ legendary service. Prices start from £1,947,000 for one- to five-bedrooms.

Knight Frank’s 2015 Wealth Report rated Miami sixth in the Top 40 most important cities for ultra-high net worth individuals, second only to New York in the US.

Property prices in Miami in the year to June rose faster than in any global city except Vancouver, at 13.9 per cent, according to Knight Frank. It looks like Miami will continue to party for a few years yet.