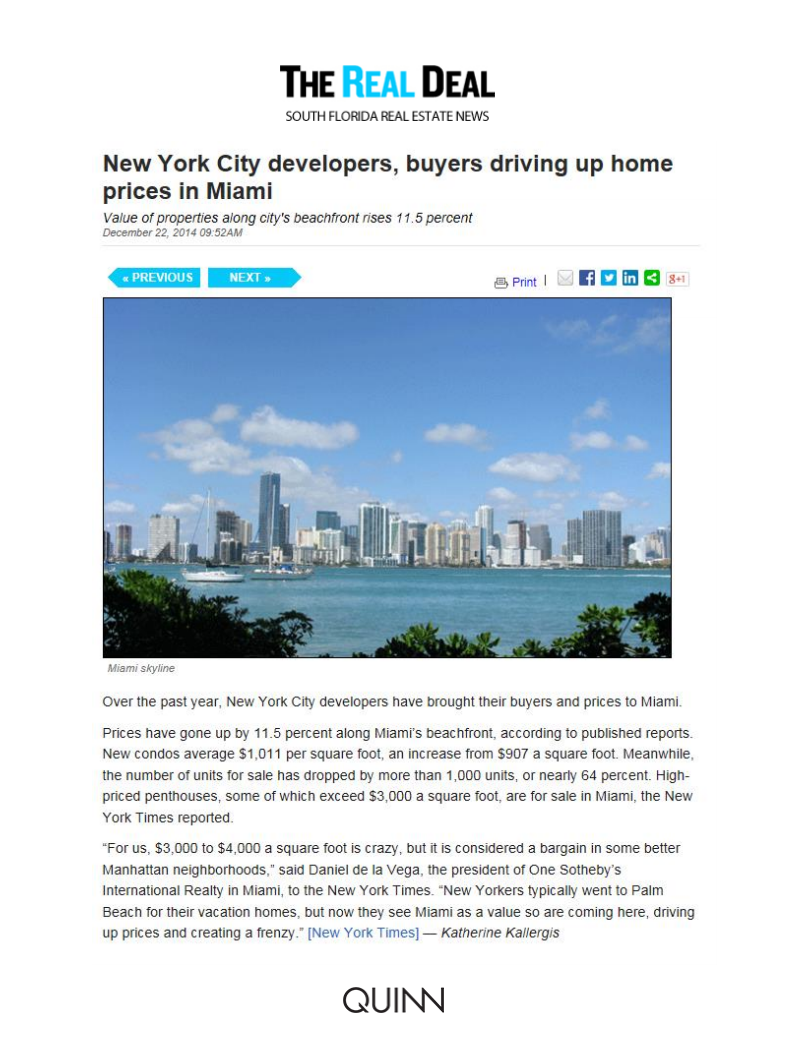 Over the past year, New York City developers have brought their buyers and prices to Miami. Prices have gone up by 11.5 percent along Miami’s beachfront, according to published reports. New condos average $1,011 per square foot, an increase from $907 a square foot. Meanwhile, the number of units for sale has dropped by more than 1,000 units, or nearly 64 percent. High-priced penthouses, some of which exceed $3,000 a square foot, are for sale in Miami, the New York Times reported.

“For us, $3,000 to $4,000 a square foot is crazy, but it is considered a bargain in some better Manhattan neighborhoods,” said Daniel de la Vega, the president of One Sotheby’s International Realty in Miami, to the New York Times. “New Yorkers typically went to Palm Beach for their vacation homes, but now they see Miami as a value so are coming here, driving up prices and creating a frenzy.” [New York Times] — Katherine Kallergis