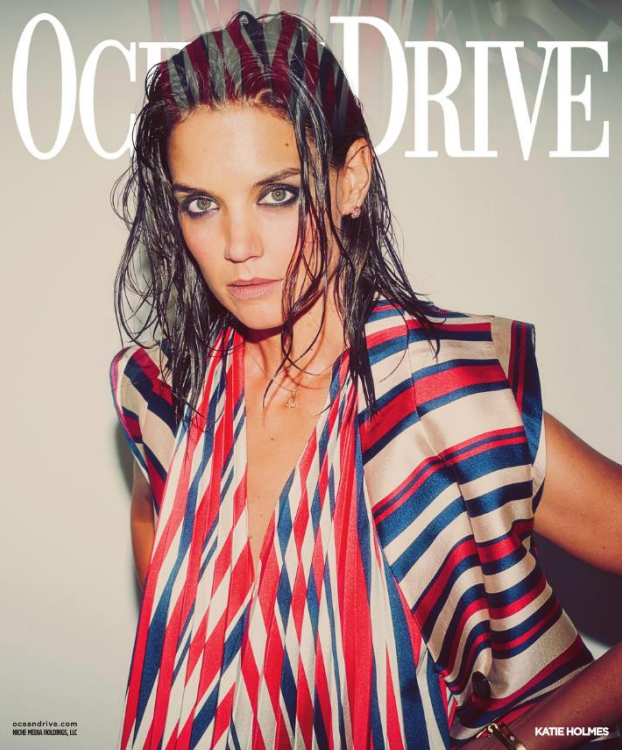 In a town famous for one-of-a-kind experiences and luxuries, the playground for the 1 percent gets even more fun…

With its blue skies and crystal-clear waters, Miami has forever been a small piece of American paradise where even from its earliest days the motto seemed to be “dream big.” From the moment Henry Flagler built his luxurious Royal Palm Hotel and Carl Fisher hauled out an elephant to promote the new Miami Beach, Miami was in the business of making the fantastic happen.

“In a nightlife-driven, celebrity-heavy town, each party was bigger than the next,” says celebrity photographer Seth Browarnik, who’s captured some of the greatest Miami moments for close to two decades. “Now with an expanded arts and culture scene, luxury brands and high-end real estate, there really is nothing better than Miami.”

It’s always been a numbers game in the race for excellence, and turning heads in 2015 was the real estate market. A Faena House penthouse apartment with a combined 22,500 square feet of interior and exterior space (including a 70-foot-long rooftop pool) sold for a record $60 million. The hedge fund billionaire who purchased the pad broke the prior record set in 2012 of $47 million for a 30,000-squarefoot home in Indian Creek Village—the 36-home neighborhood with billionaire residents like Carl Icahn, Eddie Lampert, Norman Braman, and mutual fund mogul Charles Johnson, to name a few. Mathematically it’s about one quarter of South Florida’s billionaires. “The sale didn’t surprise me, and it shows that Miami’s real estate market is on the cusp of rivaling über-expensive markets such as New York and London,” says Dan Hechtkopf, director of luxury sales at Douglas Elliman Real Estate. “The amazing lifestyle we live down here is not a secret. It’s only a matter of time before that record is broken.”

It’s no wonder that billionaires, from Lloyd Blankfein to Leon Black and Len Blavatnik, are scooping up residences. Guys like Richard LeFrak and Barry Sternlicht aren’t just coming down to build hotels and residences anymore— they’re sticking around for the show, too. Expedia CEO Dara Khosrowshahi just purchased two condo units for $10 million, while Mark Spitznagel, who founded hedge fund Universa Investments, makes his company one of 70 hedge and private equity funds calling Florida home.

That lifestyle is what makes Miami tick. That’s why every new building now comes with almost unfathomable amenities. Gone are the days of gyms and spas being impressive. Zaha Hadid’s famed 1000 Museum tower threw a block party and stopped traffic downtown so thousands could watch cement trucks pour cement. This time next year, there will be helicopters bringing the über 1 percent straight to their penthouses via the rooftop helipad. The 180-unit Echo Brickell (which is home to a $42 million, 10,500-square-foot penthouse with indoor pool and elevator) will feature a 12,000-gallon fish tank in the lobby. Aria on the Bay has a yoga studio in the sky, Paramount Miami Worldcenter is home to a rooftop soccer field, and 1010 Brickell offers a rooftop racetrack with 360-degree views of this amazing city. Residents within the Four Seasons Tower craving a “caviar grilled cheese” can pop downstairs to Caviar Russe, the acclaimed Michelin star-rated restaurant from New York City. That’s proof there really is nothing you can’t get in Miami.

Across the bay, the Ritz-Carlton Residences in Miami Beach will have a full art studio for residents when it opens at the end of 2016. And in Sunny Isles Beach, The Estates at Acqualina, scheduled for completion in 2019, will offer a cigar room with private humidors, a Wall Street room with a live ticker, a wine lounge with personal coolers, an indoor ice-skating rink, a FlowRider simulated-surfing station with rushing water, and a Formula One racing simulator. Not to mention the penthouse at The Estates (South Tower) comes with a glass-bottom pool 51 stories above ground; it was reportedly listed at $40 million. “Our goal is to create a unique community that doesn’t exist in other developments in the area,” says The Trump Group’s President of Sales Michael Goldstein of the surf and speed simulators that cost a combined $1.2 million.

The fun and games will hardly keep Miami’s wealthiest residents and vacationers at home. There’s just too much out here to experience. You can dock your yacht at Seaspice and enjoy Dover sole flown in from the UK. If your yacht is too big for restaurant parking, Miami is now home to North America’s largest mega-yacht harbor— the Deep Harbour at Island Gardens can house up to 50 yachts at 550 feet long each, so park there.

If you are among those without their own boat—but who are part of the 4.8 million or so passengers decamping from cruise ships at the Port of Miami—you can put your feet in the sand at Nikki Beach as a mixologist pulls a bar cart up to your lounge chair and crafts a custom cocktail, while just up the road at The Setai, you can enjoy a 24-karat martini—a cocktail topped with actual 24k gold flakes. Don’t let a single sip go to waste.

There’s a different amenity for every hour of every day of the week. For a sweet day at a hotel, you can dip yourself in honey at Aqua Spa at Delano South Beach with its “milk and honey” spa treatment. Or you can hit the town in a complimentary Tesla at 1 Hotel & Homes South Beach, no carbon footprint required. It’s no shock that a hotel would zip you around in a $100K car—Miami leads the nation in luxury car sales.

Of course, there are also one-of-a-kind hotel packages like the Ritz-Carlton South Beach’s $100,000 Dazzle You in Diamonds package—a one-night stay in an oceanfront suite that also includes (among other things) 15.4-carat diamond hoop earrings for her, 4.34-carat round pavé white diamond cuff links for him, both by Duchamp Jewelry, and a 10,000-square-foot ballroom rental for slow dancing the night away with a private DJ and dance floor for the blinged-out couple. And if you then wanted to “make it official,” the W South Beach offered a $1 Million Wedding package, which included a dress, a tux, a DJ, and of course a sea plane exit to happily ever after.

Vacationing like a star is classic down here. Up the turnpike at the Seminole Hard Rock Hotel & Casino, there’s a private gambling room for the discerning celebs and billionaires who spend a couple hundred grand to crash in three-bedroom suites stocked with Ferragamo and Bulgari toiletries, while the über-exclusive and invitation-only in-kitchen table at the renowned Joe’s Stone Crab in South Beach, where presidents and A-list stars have sat for more than a century, remains a tight secret. You can catch Lil Wayne perform at LIV on Sunday or bump into Prince Harry next door at Soho Beach House. Of course, at any moment during Art Basel, you’ll see the likes of Diddy, Leo, Cindy, Eva, David, Katie, Jennifer, and all of the other “first-namers” strolling through the convention center or lounging by a pool.

Seeing a star is one thing, living like one is quite another. Try enjoying caviar in Gianni Versace’s dining room or even sleeping in his bed (the nine-foot doubleking size) in his actual suite. Don’t forget to take a swim in the mosaic- and gold-encrusted pool. “What is most enjoyable about The Villa, Casa Casuarina is to watch visitors’ eyes light up when they come through the doors,” says general manager Chauncey Copeland, of the hotel/restaurant created in the former Ocean Drive home of the late, legendary designer.

It’s luxurious, but more importantly it’s unique, and in Miami the opportunity to experience the exceptional is at every turn; it’s a city where you can own the skyline. When complete in 2018, the penthouse of the 64-story Brickell Flatiron—the tallest all-residential tower south of Manhattan—will be a “Sky Spa” packed with amenities that belong to all residents. “In a competitive city like Miami, you have to stand out, and that’s exactly what we’re doing,” says founder of CMC Group Ugo Colombo. “Brickell Flatiron’s 65th-floor Sky Spa will open prime space at the top of our tower to all residents at the building, which will create more value for our buyers over time.” The FAA has just approved two more towers in the 1,000-foot range to go up, ensuring the first-, second-, and third-tallest buildings south of NYC will rise against Biscayne Bay.

It’s also a city where you can be part of the skyline. The InterContinental downtown has two 200-foot-tall digital canvases featuring a now-famous dancing body, which is an image of a person who won the hotel’s annual dance-off. You can see her moves from South Beach.

It’s also a city you can own online. In October, Miami domain names were made available. Only New York and Las Vegas join Miami in this tech trend. Of course, realestate.miami went for upwards of $90,000, so just like with actual real estate, good properties don’t come cheap.

If spending money is your hobby, the luxury high-end retail in the city is one of the best in the world. Bal Harbour Shops is the top-selling retail center in the country, according to Women’s Wear Daily. The Design District is an entire neighborhood dedicated to luxury living recently valued at over $1.4 billion. And Aventura Mall is consistently ranked as one of the nation’s top-five-grossing shopping centers. Louis Vuitton. Cartier. Burberry. Whatever you want, you can find it here, but if you don’t want to get out of bed or are too hung over from LIV last night (where tables approach six figures for big nights), Lost Boy Dry Goods boutique downtown will deliver the clothes right to you. And if you aren’t a night owl, club E11even is open 24 hours a day, so if you want to make your 9-to-5 a party, you can. Coming soon? A nearly 30-acre, mixed-use Miami Worldcenter combining retail, hospitality, and residential offerings all under one—or many—roofs.

Rest up, though. By fall 2016, there will be a new kid in town— the $1 billion, 5.4 million-square-foot Brickell City Centre that welcomes brands like Valentino and Chopard, not to mention an East hotel. “With an overwhelming amount of retail sales coming from the part-time resident, visitor market, and growing business community, there’s no denying the ongoing need for shopping, dining, and entertainment destinations,” says Debora Overholt, senior retail director at Swire Properties, the company behind the complex.

Just getting to the revamped Brickell or Miami Beach, Wynwood or any other neighborhood in town can stimulate the senses. When you are one of the 40.9 million yearly passengers at Miami International Airport, you feel the buzz instantly. And whether you’re zipping over the causeway in a McLaren P1 from The Collection, challenging the 55-foot VanDutch vessels parked on the Sunset Islands, or helicoptering into and from South Beach, however you arrive, wherever you shop or play, no matter where you choose to stay, it’s hard to not instantly realize the Magic City is indeed magical. Those who began building here more than a century ago saw the potential. The people building today are making those big dreams come true.