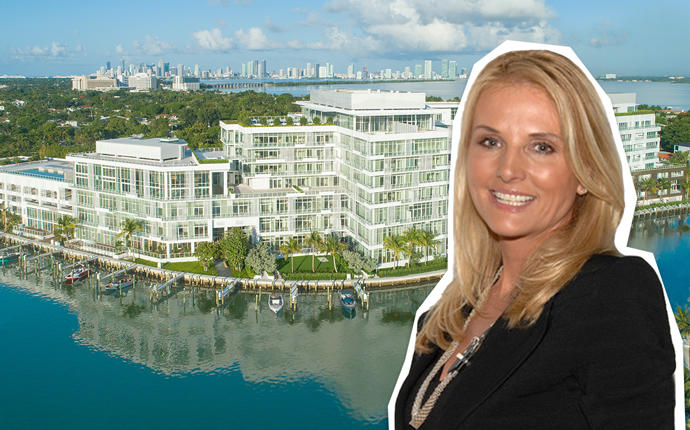 Petra Levin, the former Miss Germany, bought a condo at the Ritz-Carlton Residences, Miami Beach for $4.8 million, marking one of the first closings at the luxury condo development overlooking Surprise Lake.

Petra Levin purchased the 3,767-square-foot unit 101 at the project at 4701 North Meridian Avenue for $1,274 per square foot, records show. Levin is married to Stephen Levin, who founded Gold Coast Beverage Distributors, which was one of South Florida’s largest beverage wholesalers.

In August, the developers secured a temporary certificate of occupancy for the Mid-Beach project. The development group had launched sales in 2014 and initially said closings would begin by the end of 2017.

The project is developed by Miami-based Lionheart Capital, which is led by Ophir Sternberg and Ricardo Dunin, and New York-based Elliott Management Corp. It is the first full-scale architectural project in the U.S. by Piero Lissoni, an acclaimed Italian architect who is known for his minimalist design.

The Ritz-Carlton Residences has 111 condos and will also have 15 standalone villas, with overall prices ranging from $2 million to $40 million. Levin’s unit is at the ground level of the condo development. The four-bedroom, three-bathroom unit has a 1,900-square-foot terrace with a private pool and outdoor kitchen, according to Zillow.

The Levins have bought other homes in Miami Beach. The couple bought Major League Baseball player Alex Rodriguez’s home at 4358 North Bay Road for a record $30 million in 2013. Since then, the couple has decorated the 21,179-square-foot mansion with their art and sculpture collection, according to published reports. The dock their 70-foot yacht at the bayfront home.

In 2014 the beverage tycoon reportedly sold the company for more than $1 billion. In 2015 the couple donated $5 million toward MorseLife Health System’s 182-unit Stephen and Petra Levin Tower for retirees in West Palm Beach.