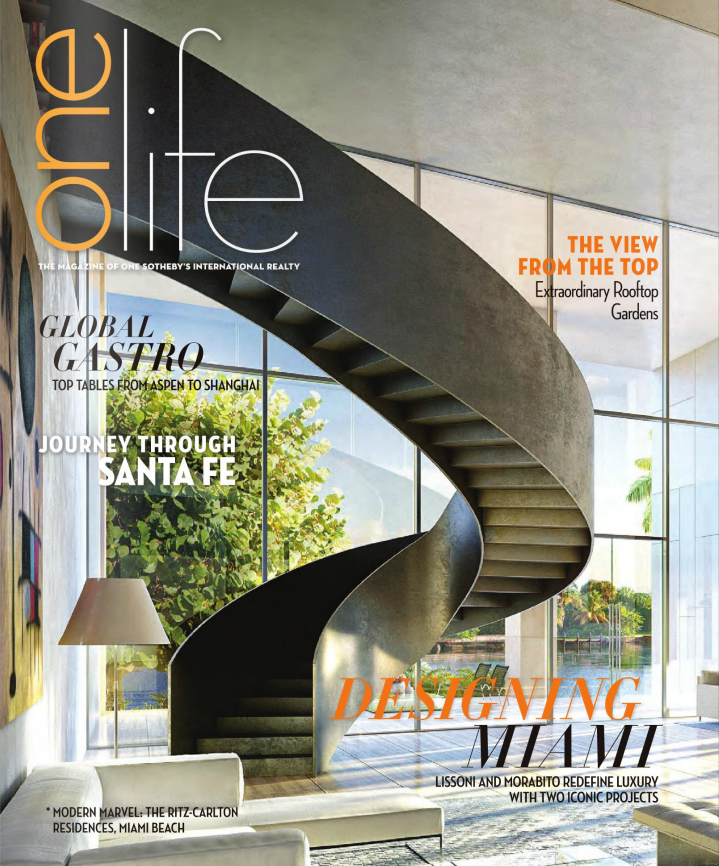 The Ritz Life at The Ritz-Carlton Residences, Miami Beach

Piero Lissoni is a “pure modernist,” at least that’s the way he describes himself. “I am a contemporary person,” he says. So when Lionheart Capital, developer of The Ritz-Carlton Residences, Miami Beach, turned to the award-winning architect to design its latest property, it may have seemed to some like an odd choice for an iconic brand so rooted in tradition. But make no mistake: Lissoni has every intention of respecting the brand “I work in 2014, and I like to be a modernist,” he says. “But in the same moment, I never forget tradition.”

Lissoni has been hired by Lionheart Capital to design Miami’s newest private waterfront residences- The Ritz-Carlton Residences, Miami Beach. It’s a daunting task: With 85 properties in 30 countries, the hotel chain’s familiar kingly lodging and service are landed world-wide. Lissoni’s job is to bring that level of luxury to the private residences, and to strike a balance between honoring the legacy of the brand and fitting the structure into Miami’s modern skyline.

The project is Lissoni’s first in the United States, and he couldn’t be more excited about working in a city he first visited from his native Milan more than 20 years ago-a time when he says Miami was still getting its sea legs, in such a way. “Back then, Miami was a tourist town,” says Lissoni. “Now it’s an international city, very sophisticated and on the cutting edge of design.”

“Miami was one of the most modern towns in the 1920s,” he adds. “It was the capital of Art Deco. Now it is time for Miami to be modern again.” And that, he says, includes The Ritz-Carlton Residences, Miami Beach.

For the project, Lissoni-who works out of his offices in Milan and New York City- is collaborating with Miami firm ADD Inc. When it is finished in the winter of 2016, the self-contained community will occupy seven acres in a quiet corner of Miami Beach on the shores of Surprise Lake, near the Lincoln Road shopping district. The LEED-certified property will consist of 111 two – to four-bedroom multi-million-dollar units and 15 villas-each offering views of the city and Biscayne Bay.

With Lissoni’s impressive international resume, there’s no doubt Miami is in for a wonderful addition. Since founding Lissoni Associati with Nicoletta Canesi in 1986, the architect has lent his talents to everything from multi-million-dollar private residences to corporate headquarters and flagship stores like Benetton concept store in Istanbul.
In Amsterdam, he seamlessly merged the city’s history with the needs of today’s jet-setters when he designed the uber-luxurious Hotel Conservatorium Amsterdam, set in a former late-nineteenth-century music conservatory. Lissoni’s attention to detail, clean modern lines and use of the hotel’s surroundings to bring in as much natural light as possible helped make the hotel a key destination central to the area’s urban regeneration.

He worked similarly with Jerusalem’s Mamilla Hotel, located in the city center with breathtaking views of the Old City walls, the Tower of David and the Jaffa Gate. In an area rich with history, Lissoni was able to incorporate the past while creating a twenty-first-century, world-class hotel built by Moshe Safdie.

Other Lissoni projects include the interior design of Luciano Benetton’s superyacht, Tribu, and the recent renovation of the Ferrari Club House at the Fiorano Circuit racetrack in Emilia-Romagna, Italy. He also designs furniture, graphics and products, creating a complete aesthetic for any given project.

Inside, the designer’s touch is everywhere, from the custom-designed Boffi chef’s kitchens with oversized stone countertops, Gaggenau appliances and built-in coffee system to the smart-home technology. Larger units are equipped with private elevator foyers, private terraces, kitchens and private pools. Lissoni’s services are available for buyers who want to customize their new homes in more detail. Of course, this is a Ritz-Carlton property, so topnotch amenities are part of the package. It offers a half-acre rooftop infinity pool with a waterfall, cabanas and a whirlpool spa, a private marina, a poolside restaurant, and a private spa treatment suite, to name just a few.

Perhaps the best part of the project, says Lissoni, is the location of The Ritz-Carlton Residences, Miami Beach. At 4701 North Meridian Avenue, the property not only fronts the only lake in the area, but also offers views of the nearby Intercoastal and the Atlantic-it’s an exclusive community literally surrounded by water. “This is a very special place. It’s in a city but it can feel like a village. And having the lake, ocean and waterway is an unusual combination. I love it,” says Lissoni.