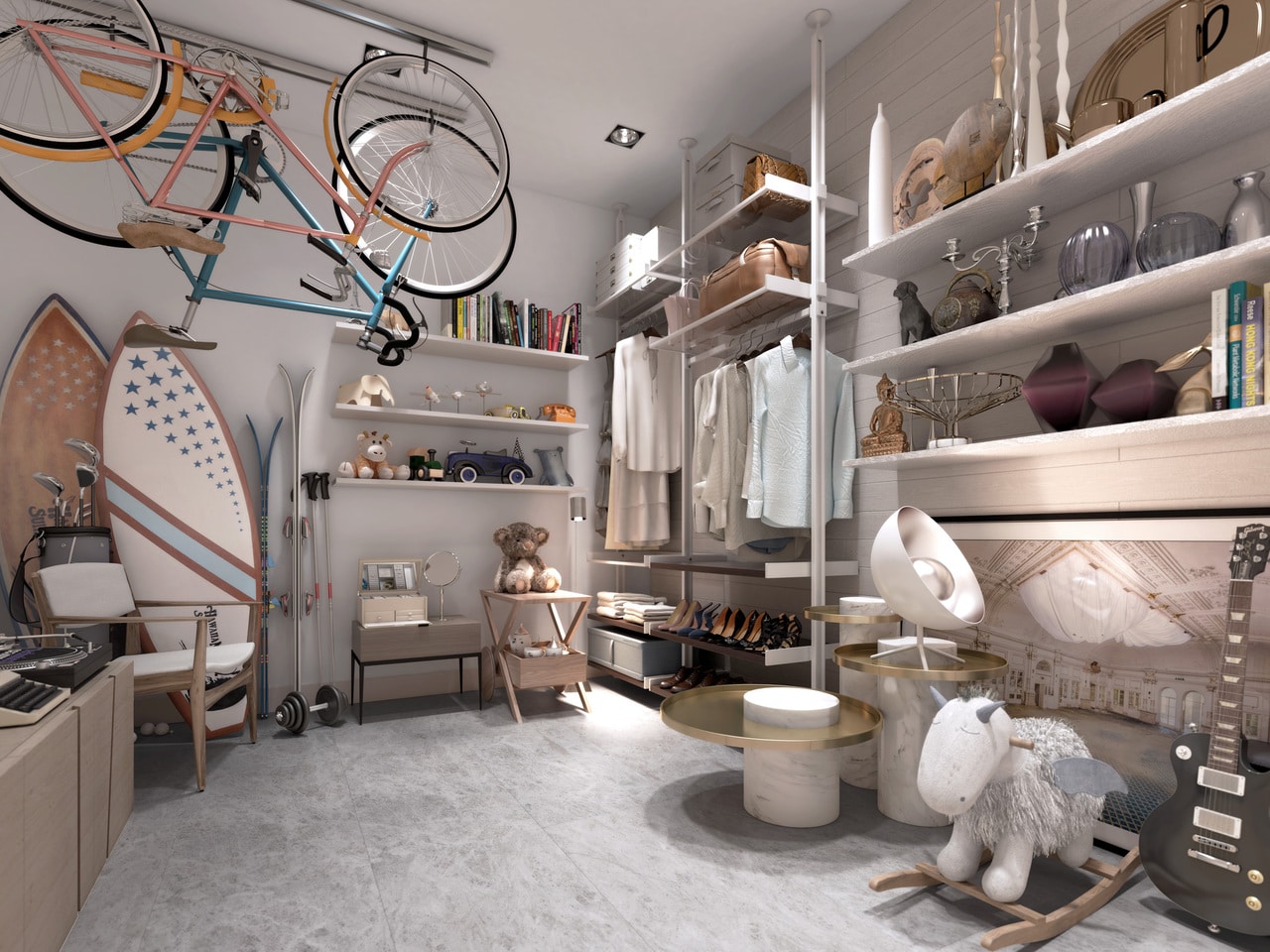 The sharing economy. It may have started in response to a lackluster job market, and the Great Recession as people sought to monetize spare time and goods. Today it is mainstream, especially as younger generations move away from outright ownership to “usership.” According to a recent survey by PwC the two groups who use the Sharing Economy most are:

Households with income between $50k to $75k, 18 to 24 year olds (The Millennial Generation)

The survey also showed that:

• 78% of consumers believe it builds a stronger community

• 83% agree that it makes life more convenient and efficient

This is a move beyond Uber and Airbnb and BlaBla Car, the poster children of the sharing economy. And it’s a move that’s resonated with the luxury sector, which now haw begun to institutionalize sharing among its uber-wealthy clientele.

“Luxury consumers increasingly spend on experiential luxury, rather than material luxury,” INSEAD Associate Professor of Marketing David Dubois told me in an email exchange for this blog. “Some of my own research shows that this is driven by the superior ability of experiences to yield unique benefits. From this standpoint, the sharing economy within luxury has a bright future, to the extent that providers can combine the experience of unique goods/spaces etc.”

Indeed, in the luxury residential sector, there seems to be a bit of the “if you can’t beat ‘em, join ‘em” at work. To wit: The Ritz-Carlton Residences Miami Beach will boast a Sharing Room when it opens later this year, a place where residents can both contribute and buy or rent used (in the luxury sector, the term is “pre-owned”) luxury items, such as musical instruments, bikes, lamps, skis, golf clubs, artwork, decorative objects, handbags, etc. The property will also have a mobile app, managed by the Ritz-Carlton concierge, to virtually showcase large-scale items that are too large to store. After 60 days, items left within the sharing room will be donated to a local charity.

This idea of having a space free for residents at R-C Miami Beach, dedicated to sharing and sustainability came from Sarah Currie Halpern: Founder/Partner of Think Zero LLC and Senior Policy Advisor, Zero Waste, for the NYC Mayor’s Office of Sustainability, who says she’s seen “plenty of evidence that sharing works for and appeals to UHNWI. For example, 565 Broome St a new ultra-luxury high-rise condo building in SoHo, NYC is offering shared BMW EVs and a parking lot full of EV parking spots, plus they are planning to send Zero Waste to landfill as a building.” 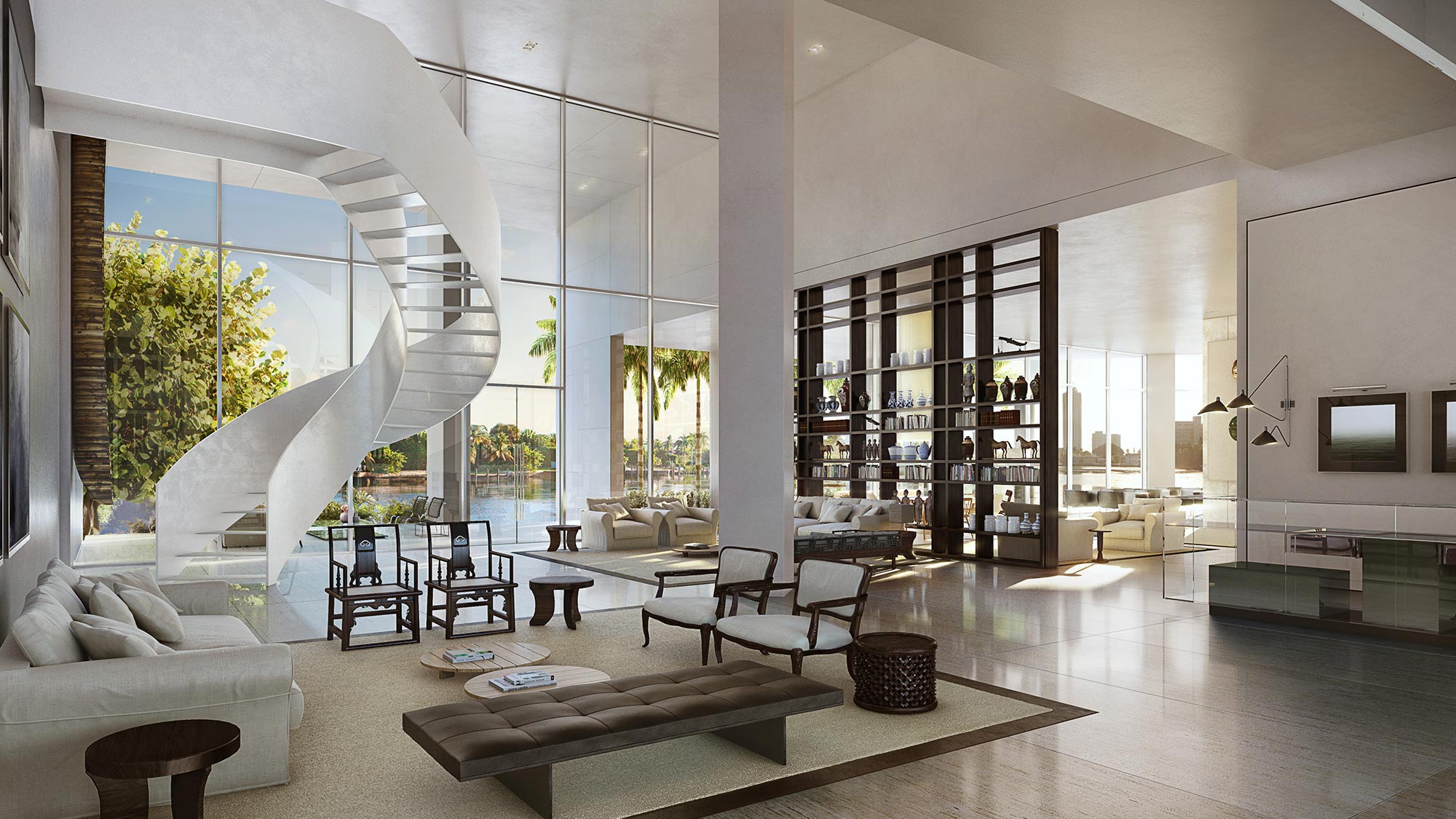 Ricardo Dunin: Founding Partner of Lionheart Capital, Developer of the Ritz Carlton Residences, believes the idea can catch on throughout the high-end real estate industry. “The benefits of sharing go beyond saving money. For luxury buyers, the Sharing Room can create a sense of community, as well as benefit the environment, and can offer a space to discover unique goods that cannot be bought elsewhere.”

Sharing art is at the heart of the 240-unit luxury condominium Oceana Bal Harbour in Florida, which offers residents collective ownership of its multi-million-dollar blue chip art collection composed of master works by the likes of bankable artists such as Jeff Koons, Callum Innes, An Te Liu, Jorge Mendez Blake, Taryn Simon, Juan Usle and Garth Weiser. It’s like a timeshare for art: residents own a percentage of each art piece, managed by the homeowner’s association. Each homeowner’s stake in the 21-piece art program is based on the square footage of the unit they purchased. Oceana Bal Harbour units range from $3-$30 million. The price of the two Koons sculptures, in addition to 10 other museum-worthy pieces in the lobby, are valued in the tens of millions of dollars. Residents will have to wait at least five years and receive an 80% majority decision through the condo association before selling any of the sculptures or pieces.

“It had to be something very special and unique, something even the UHNWI may not easily have access to on their own,” explains Ernesto Cohan, Director of Sales: Oceana Bal Harbour. “Eduardo Costantini, the developer of Oceana Bal Harbour, is also the founder of one of the most important Latin American art museums in the world, the Museo de Arte Latinoamericano (MALBA) in Buenos Aires. He was able to purchase the two Koons pieces before they were even completed to be able to gift them to the residents.”

Leaving on a Jet Plane

And for jetting around between residences, how about a kind of private jet Uber service? XOJET offers access to more than 1,000 private jets on as-needed basis. What does THAT cost?!

Brad Stewart, Chairman & CEO, XOJET, is a bit cagey. “To answer the question of how much it costs in terms of per trip or per hour depends greatly on what somebody needs. In terms of monthly committed capital, or deposit capital, it costs nothing. We don’t charge monthly management fees, we don’t require deposited capital that’s non-refundable, we just charge you by the trip as you come. This sharing economy encourages the ability to use brokers and membership models to access what would otherwise be a $20-100 million dollar asset.”

Stewart believes what we’re seeing is not just a Millennial fad. “I think people as consumers are just getting smarter and savvier. Each incremental decade brings a little bit more sophistication in terms of how people purchase things and what’s the right economic way to purchase based on your use profile. The second dynamic is that people are shifting gradually, but over time in a meaningful way towards experiences; it’s less about status through ownership. The last thing is people want to try and experience what’s good and bad before ultimately making a long-term choice.” Sounds like an evolution of our way of life.