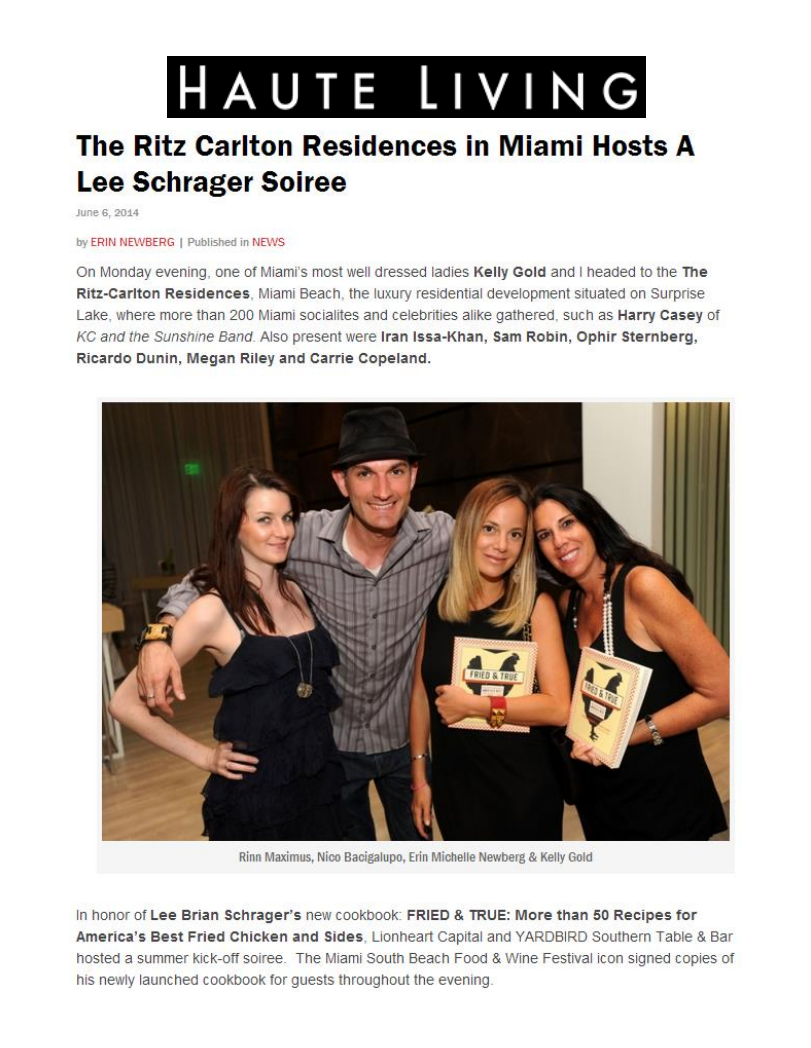 THE RITZ-CARLTON RESIDENCES IN MIAMI HOSTS A LEE SCHRAGER SOIREE

On Monday evening, one of Miami’s most well dressed ladies Kelly Gold and I headed to The Ritz-Carlton Residences in Miami Beach, the luxury residential development situated on Surprise Lake, where more than 200 Miami socialites and celebrities alike gathered, such as Harry Casey of KC and the Sunshine Band. Also present were Iran Issa-Khan, Sam Robin, Ophir Sternberg, Ricardo Dunin, Megan Riley and Carrie Copeland.

Guests mingled and munched on YARDBIRD’s signature Shrimp & Grits, Mama’s Chicken Biscuits and scrumptious Bacon-Butterscotch Cake, to name a few. Guests toured the modernist-designed sales gallery, which features a high-tech media wall, including holograms, an interactive presentation, and dioramas of the project as well as a screening room which features a short film about The Residences by Italian architect Piero Lissoni. The evening concluded with one-on-one meet and greets with Schrager, during which guests received a personalized cookbook.