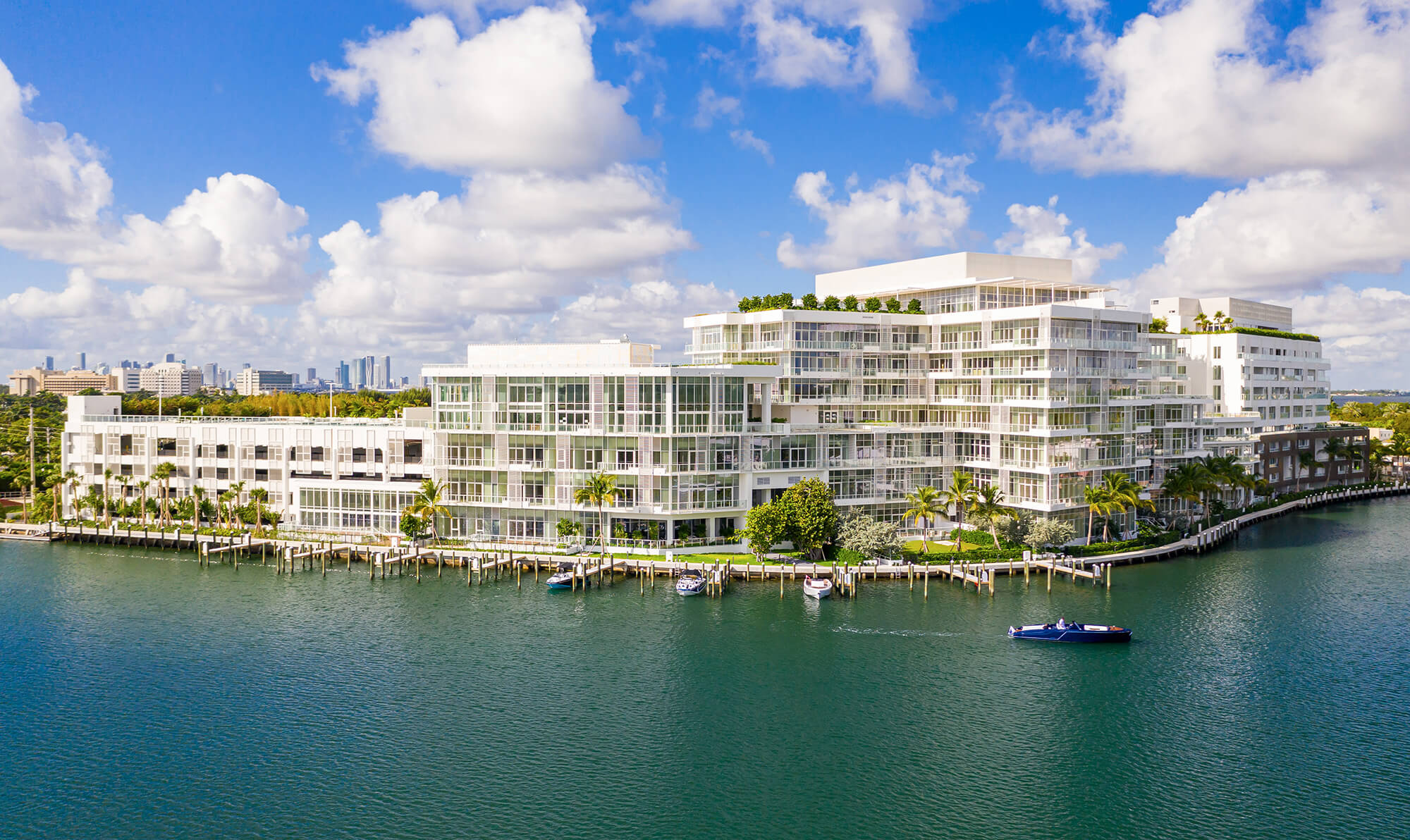 Among the many luxury residential developments making waves in Miami, one in particular is hoping to stand out with a very specific design ethos. The Ritz-Carlton Residences, Miami Beach, embraces all things Italian, starting with its architecture by Piero Lissoni and continuing down to the brands represented in each unit and the building’s common areas. A series of model units, fully furnished by leading Italian companies, completes the ode to the European design capital.

This Italian-influenced design program dovetails surprisingly well with the South Florida region, according to Allison Greenfield, a partner at Lionheart Capital, the developer of the project. “Miami is a really good location for the aesthetic of sensual minimalism that tends to be practiced by the modernist Italians today,” she tells AD PRO. “It works very well with the demographic here and also the climate—you need simpler, cooler objects.” 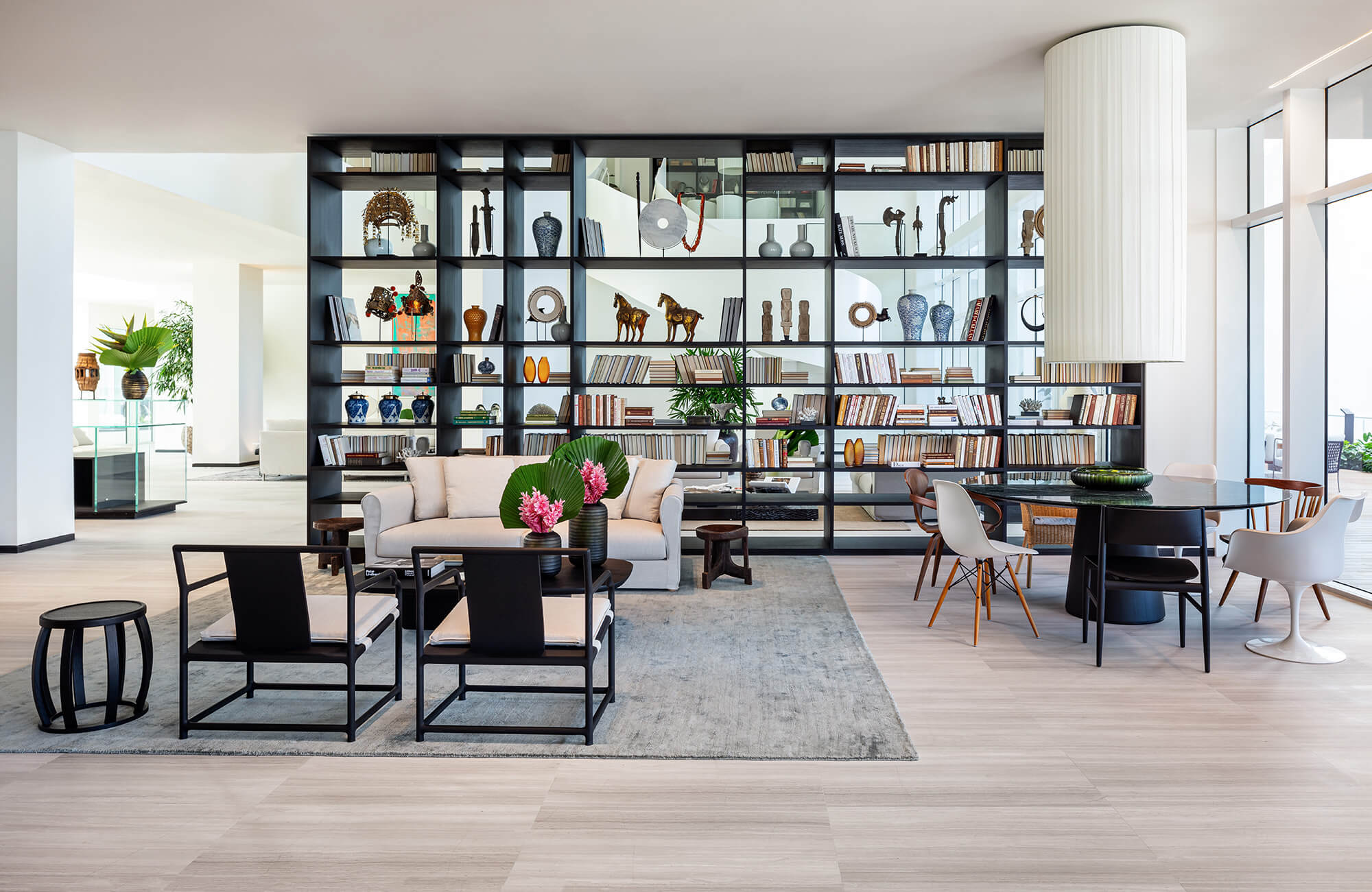 Additionally, Greenfield points out, European architects like Lissoni tend to be well versed in the art of adaptive reuse. For this project, 800,000 square feet previously used for medical practices had to be converted into a high-end residential setting with 62 unique floor plans. Lissoni was up for the job and, furthermore, highly attentive to all aspects of the project—from the exterior to the interior. “In the Italian style of design education, if you’re a master architect, you’re doing all kinds of scales,” Greenfield says. “You’re not just doing houses or buildings; you’re doing furniture, pens, cups. Everything has to do with the same principle of good design.”

To that end, the interior decor had to complement Lissoni’s overall vision. For the developer’s in-house styling group, that meant working with brands that the architect and designer has previously collaborated with, such as Cassina, Lualdi, Living Divani, Glas Italia, Zucchetti, and Boffi, to outfit the units and amenity spaces. And for the first round of model units, Lionheart gave three companies—Flexform, B&B Italia, and Baxter—carte blanche to furnish them as they pleased. 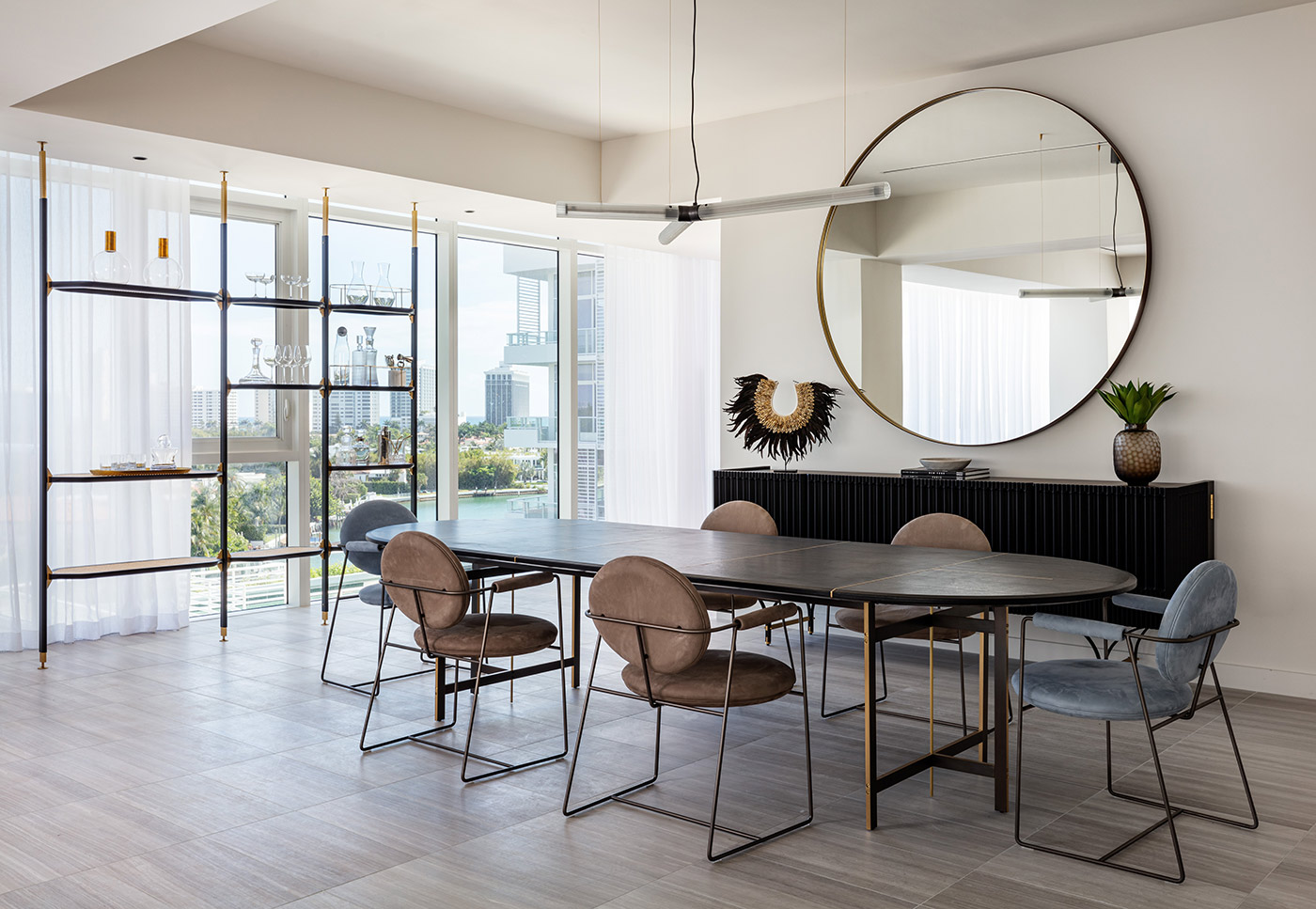 The model units have been win-win for everyone involved, according to Greenfield. “Even before COVID-19, and now even more so, people just want to move in,” she says. “They just want to have it ready to go. When we do model units, we tend to sell the units much more quickly than if they are vacant.” Plus, the furniture houses have a valuable opportunity to create a complete interior environment and get in front of discerning, high-spending buyers.

“The inspiration [for the partnership] arrived when Lionheart Capital discovered Baxter at the Milan Furniture Fair in 2018,” Gloria Cazzaniga, export manager of Baxter, says of how the collaboration came to be. “It was the first time they met the brand and immediately recognized a uniqueness in the leather we used, which is our trademark. They decided that it would [be] a perfect marriage between Baxter and the Ritz-Carlton Residences, Miami Beach, project that was being developed. It is always a great experience to have the opportunity to [collaborate] with such important and established [companies].”

Given the success of the models so far (one has already sold), more units by additional Italian brands are being planned for the future. And work seems to be on track to continue largely uninterrupted by the pandemic, given that Italian companies’ typical summer holidays were called off this year so that manufacturing facilities can make up for time lost during the shutdowns. “The Italians are not closing this August, and that’s a good thing for us,” Greenfield says. “Hopefully we’ll get all of what we need.” 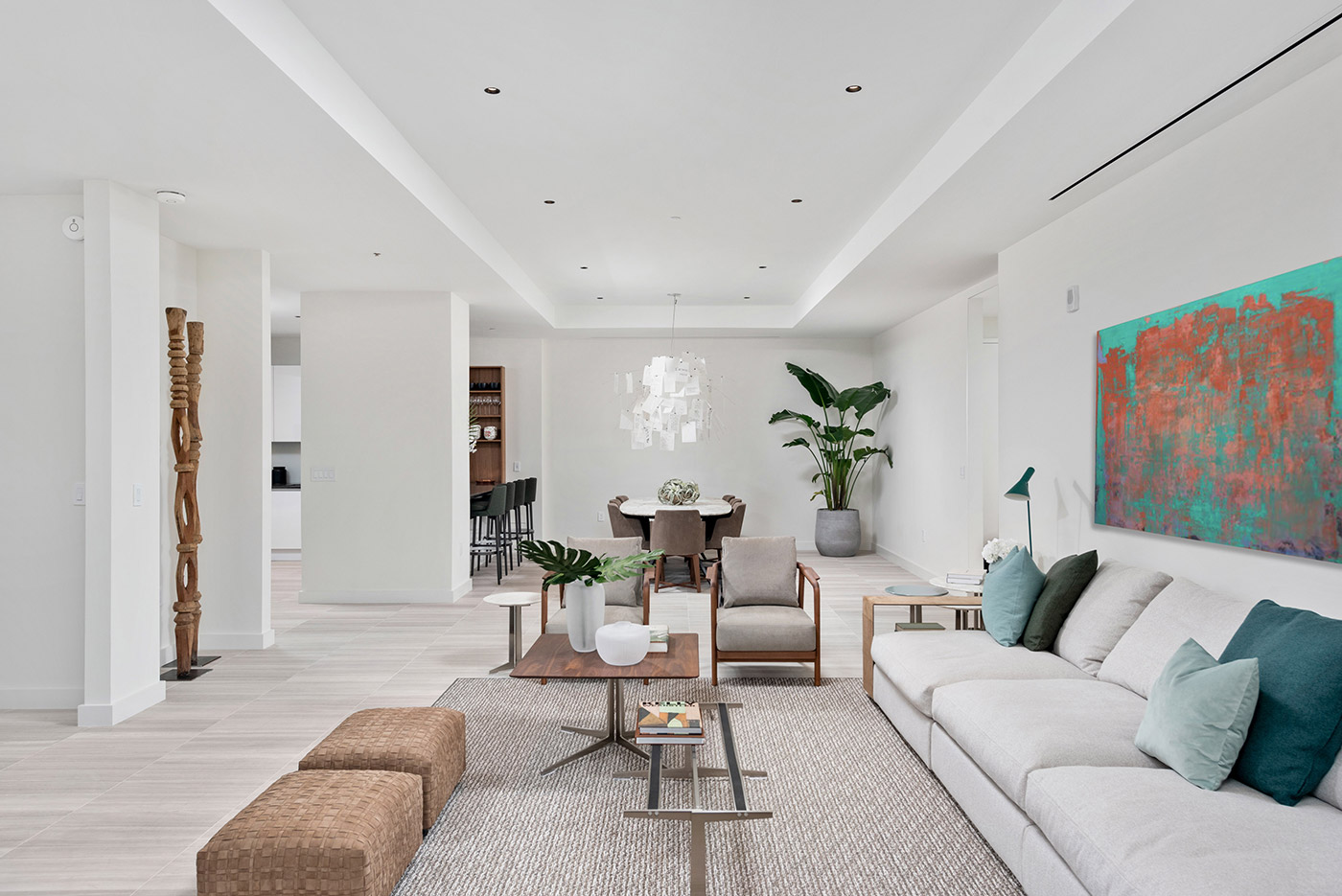 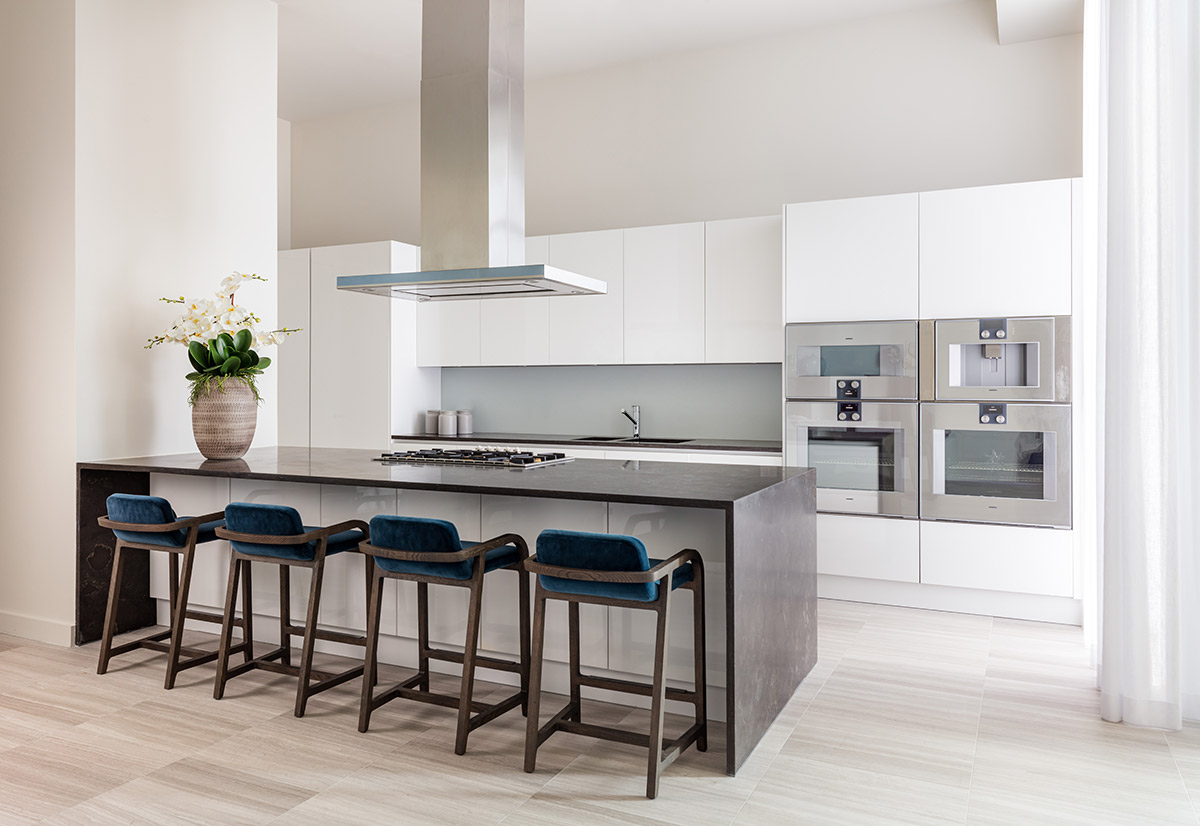