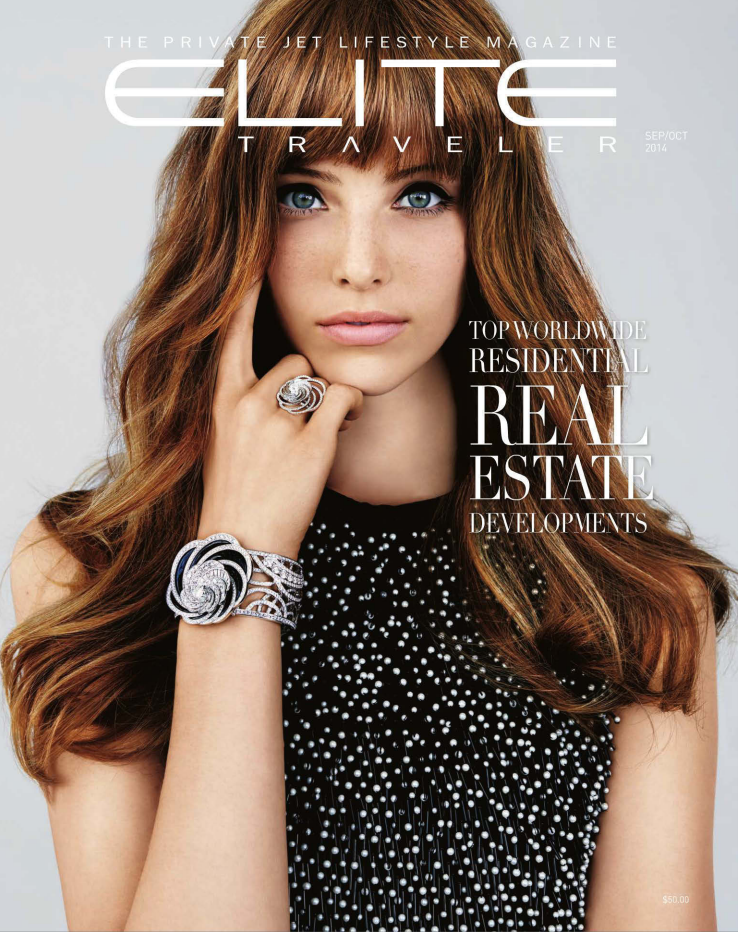 As you navigate the world, you will find a growing number of elite travelers buying residential real estate far from their home bases, setting up new command centers for business and investments, as well as discovering pleasurable places to take a break and play. With this in mind, Elite Traveler saw this as an ideal opportunity to compile a list of the must-know-about residential real estate residential property developments.

Using data from Wealthinsight and Knight Frank, we took into consideration 19 different attributes, which include current Ultra High Net Worth [UHNW] population; UHNW population projections for 2023; growth in UHNWs during the past decade; importance of the location currently; projected importance in 2023; economic activity of the location, quality of life, political influence, regional importance, price change of luxury residential real estate in the past year, and price per square foot. Location accounted for 45 percent of total score. The following section easily demonstrates the top properties and what they have to offer you.

We then combined this with our own independent research on amenities identifying more than 200 properties around the world that offer the service and facilities that play an important role to your lifestyle. While it was impossible to attain price-per-square-foot data to accurately compare each development, our 21-point checklist of amenities was designed to easily enable you to identify residences that best fit your needs.

The list encompasses projects from their announcement until all units have been delivered to owners. This proved a bit difficult, as projects sometimes have multiple phases, and “sold out” can mean that there are deposits for the portion of inventory that have been released. In the case of some properties, when the recession hit, entire floors were kept off the market and only now that the economy is improving, some spaces are being offered for sale for the first time. In other words, the properties on this list have inventory that is on sale for the first time or have yet to be lived in. Perhaps there was a deposit, but the deal fell through, and you can now be the first occupant.

One thing that stood out in many high-end developments was their conjunction with well-known luxury hotel brands. In fact, 87 of the 249 projects on our list have a hotel group as part of their branding. Underscoring W’s positioning as a luxury group, 14 properties fly the Starwood-owned flag, with Ritz-Carlton scoring nine properties. St. Regis, also a Starwood brand, has eight properties on our list, followed by Four Seasons with seven. Hilton Worldwide is represented by nine developments, six flying the Waldorf Astoria flag and three more under the Conrad banner. Rosewood’s rapid expansion gives it six entries, followed Banyan Tree with five. There is only one Donald Trump, and the developer-cum-luxury hotel operator shoves his power with six entries.

In terms of where the properties are located, the United States accounts for more than half with 127, while Canada and China tie for second with 10 each. Switzerland is fourth with seven entries, followed by Thailand at fifth with six properties, while United Arab Emirates, Singapore, Mexico, England, and Australia find themselves in a five-way tie at sixth. Indonesia and Israel tied for 11th most properties with four each, followed by Argentina. The Bahamas, Barbados, and Panama, all tied for 13th, each represented by three projects.

In terms of cities, Miami/Ft. Lauderdale was dominant with 30 properties, followed by New York with 22, and Los Angeles with eight. Fourth on the list was Hong Kong with six properties while London, Chicago, Honolulu, Seattle, Singapore, Sydney, and Toronto were each equal with five properties in fifth place. Vancouver, Las Vegas, Dubai, and Boston each had four properties, while Atlanta, Bangkok, and Park City had three each.

Needless to say, putting the list together was difficult. Various research shows UHNW families typically own between three and five residences, however, some are only meant for occasional use, some are for holidays, and others are meant to be principal addresses. Prices often range dramatically, depending on location and residence size, where building can have significant inventory under $1 million in some cities, with penthouses costing significantly more. In global capitals, of course, when it comes to prices, the sky is the limit. Therefore, we focused on amenities over price. Our plan is to expand the list as we identify new developments in your favorite cities, as well as luxury residences in new places.

Ollie Williams, a spokesperson for Wealth Insight, summed it up nicely. “The emergence of UHNWs in new and developing economies, and the growth of the UHNW is established economies, crossed with the growth in long-range private jets, has opened up numerous destinations for luxury residential real estate developments that a generation ago would not have been thinkable,” said Williams. “Today’s UHNW households live an intercontinental, global lifestyle. Traveling between continents is a normal occurrence and the result is there is a heightened interest in residential real estate ownership where it’s not unusual for the wealth to maintain residences on two and even three continents.”

Times are, indeed, quickly changing in the world of residential reals estate. Ron Nelson, a partner in RODE Advertising, a New York based residential real estate marketing specialist, described it this way: “It used to be you advertise in New York, and [every transaction] was a move up. Residential Real estate used to be a building block of wealth. Every few years, [local] people would flip it, move up, and put the money into something bigger. That doesn’t happen much anymore. The overseas market coming into New York had completely changed it,” Nelson said in a recent interview with Elite Traveler, adding. “I have a project in Princeton, New Jersey, that’s priced well over $1 million per unit. We are highly targeting China. Their kids may be going to Princeton, but there also are a number of top private schools, and they come in and want to buy residential real estate.”

Beginning in October, you will be able to search properties by location and the amenities you want at Elitetravelor.com/realestate.